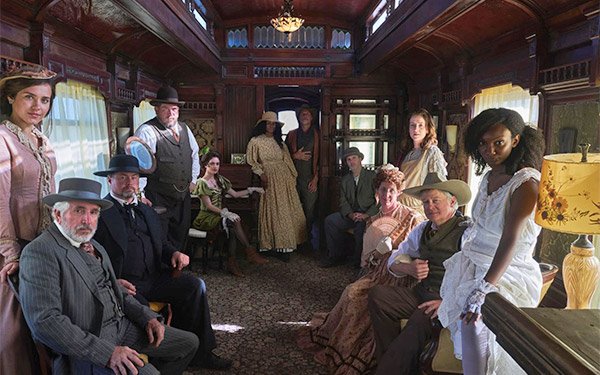 Attendees at last year’s SXSW were no doubt down for just about anything. Chances are, though, they never expected to find themselves in Sweetwater, the Wild West theme park featured in HBO’s smash hit “Westworld.”

Yet there it was, an immersive marvel that allowed visitors to stroll across more than 90,000 square feet of space, interact with 66 actors, and lose themselves in 444 pages of immersive theater.

In all, this alt-Westworld drew over 4,000 visitors, generated 1.9 billion social impressions and nearly 500 press stories from around the world. #SXSWestworld was hailed in one of those articles as “one of the best publicity stunts of the 21st Century.” Some diehards even got married in faux Sweetwater. 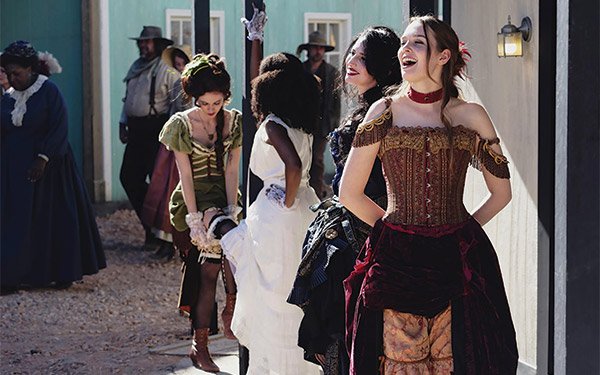 Now that’s what you call a big idea. And it sprang from the idea shop that other idea shops wish they could be: New York and Los Angeles’ Giant Spoon.

Giant Spoon was launched five years ago by four OMD executives — Alan Cohen, Jon Haber, Trevor Guthrie, and Marc Simons — with an evangelical belief in the power of ideas to solve business problems and maximize opportunities. This year, their agency has been named MediaPost Creative Media Agency of the Year.

For the third time.

“When we started, we were a strategy consultancy that had ideas on how to bring brands to life in the culture,” says Haber. “So we built a media practice. A creative practice  —  social, experiential. And this year, we were all grown up to the point where we could really take on big clients. It was a natural evolution into a new full-service model.”

And, as testified to by the opening anecdote, there was a new emphasis on experiential solutions, based on a few years of solid successes with the tactic and the agency’s conviction that such activations can create massive opportunities for brands.

The agency didn’t rest on those laurels, though. In 2018, it also invested in a content creation and media practice, the latter initiative bolstered when Giant Spoon executive vice president, managing director of media Laura Correnti was named the shop’s fourth partner. (Co-founder Cohen left in 2016.)

“Any good media plan is obsessed with the user experience,” says Guthrie. “A good media plan thoughtfully looks at channels and then crafts the messages. Audience first.”

A big part of the Giant Spoon story is its unique staff. Guthrie notes that the agency’s recruitment style focuses on candidates with “curiosity, collaboration, and other passions individuals have outside of marketing.” And while the shop is now big enough to need specialists, it still treasures — and hires — those “unicorn generalists,” as Haber calls them. (The three founders note with pride that recent departures include one guy who left Giant Spoon to run marketing at the Brooklyn Museum and another who launched a toothpaste company that markets “morning and evening” toothpaste.)

There remains, of course, those lovely ideas: A first-of-its-kind New York Times Magazine downloadable podcast for GE that used sound — no words — to tell stories of energy technology around the world. A third year of its much-awarded episodic thriller series for HP, “The Wolf,” which highlights the cybersecurity risks of unprotected printers and stars Christian Slater reprising his role from the cult hit “Mr. Robot.” And too many others to recount here.

“We want to create content and experiences for brands,” concludes Simons. “That is how the consumer will engage. We think the industry should be headed that way  —  and hopefully we’re in the forefront.”