Conde Nast Puts All Titles Behind Pay Wall In 2019 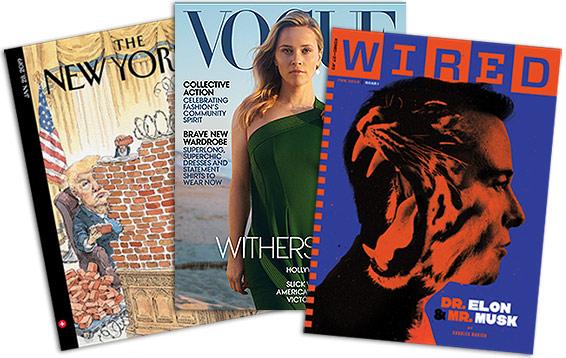 Joining a growing movement by publishers on building subscription revenue, Condé Nast announced it will put all of its titles behind paywalls by the end of this year.

Its paywall also has not negatively affected online traffic: The New Yorker’s digital audience last month was up 12% from December 2015.

Vanity Fair and Wired got their paywalls last year.

However, it has the potential to alienate audiences not committed to paying for content — especially younger demos. Condé Nast also owns Glamour, Teen Vogue and Them, which draw in Gen Y and Z readers.

In a memo to staff Wednesday, Condé Nast CEO Bob Sauerberg said the paywall strategy will not be a “one-size-fits-all” initiative.

“Just as we did for each of the brands currently behind paywalls, we will let consumer demand and engagement dictate how each brand develops their paid content strategy,” Sauerberg wrote. “Some brands may have specific content that will be gated, and some will have a wider metered paywall.

"Every brand is distinct, and every brand’s paywall will be its own distinct product.”

Condé Nast lost $120 million in 2017. The plan is to be profitable by 2020, according to Sauerberg, though the company hopes to rely on advertising for only half of its revenue by the end of 2022.

Last November, Condé Nast announced Sauerberg would step down from his position and be replaced by a new global CEO to oversee both Condé Nast and Condé Nast International.

A few publishers have successfully put up paywalls and grown their subscriber base: The New York Times Company and Dow Jones (publisher of The Wall Street Journal, MarketWatch and Barron’s) had 4 million and 3 million subscribers in 2018, respectively.
magazines, pay wall
Next story loading