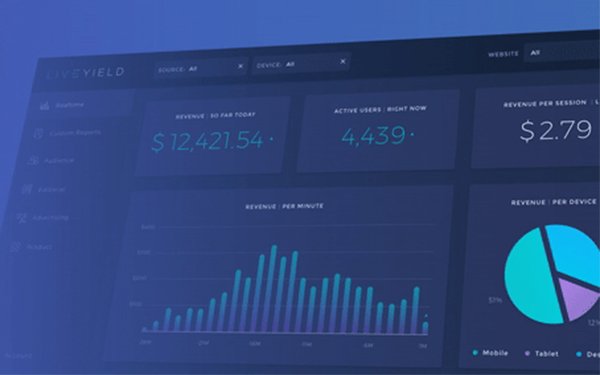 Digital-publisher focused technology company Pub Ocean has launched what’s been dubbed the first PubTech analytics platform. Called PubTech because it caters to publishers, rather than advertisers, the LiveYield platform arms publishers with the same level of revenue-generating intelligence as advertisers.

It collects and synthesizes hundreds of dimensions and metrics that impact publisher RPS in real-time, the company reports.

The platform also separates that data into role-specific views to inform publishers how they should modify their monetization strategy.

The customizable platform is able to inform nearly every business unit. For example, a group of metrics show which content and authors drive profitability for editorial teams, while audience development teams are provided with tools to analyze the correlation between traffic sources and device types.

Eric Spielman at theCHIVE, stated: “There’s been a huge disconnect in the data currently available to publishers versus advertisers, and it’s been weighing the publishing industry down for years. We’ve been looking for solutions to close blind spots and help regain control of where we’re putting our dollars and how we’re driving revenue.”

According to Ingham Brooke, LiveYield was “borne out of the frustration of attempting to measure revenue accurately using existing tools.” He and his colleagues found themselves “stabbing in the darkness, attempting to connect yesterday’s revenue with today’s page views.”

Their initial proof of concept saw spreads in user value of over 1,100%.

“We subsequently used LiveYield’s data to identify which content was profitable, so we could amplify it, and cut anything that wasn’t profitable,” he said.

Learning from the data produced by LiveYield, Pub Ocean developed its owned-and-operated website Scribol into a top 200 Alexa website.