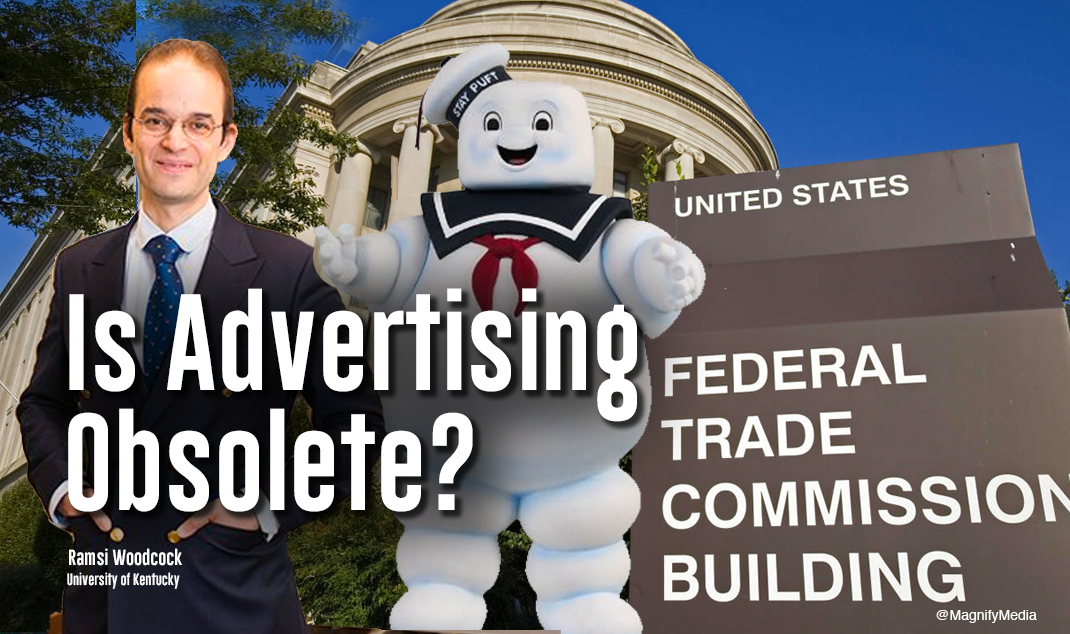 The media ecosystem is changing. We can feel it. TV used to be “free,” over the air and advertising-supported. But now it’s increasingly by subscription, and even the NBC shows on Hulu are a mix of ad-supported and subscription.

But what if there’s a new media ecosystem on the horizon — one that doesn’t rely on advertising at all?

As the internet weaves its way into every part of our lives, the old methods of broadcast advertising that demand attention are turning off audiences, millennials, and their younger friends.

Why? Because audiences don’t want to be lectured, sold to, preached at, and overwhelmed. The old idea of dominating with brand voice doesn’t work in the world of conversational marketing and social engagement.  And platforms like Facebook and YouTube are finding that selling brand advertisers spots adjacent to the wild West of the open web doesn’t work, either. AT&T, Nestle, Disney, and Hasbro are pulling ads off YouTube due to objectionable content in the comments section next to videos of young children.

In a post on The Conversation, Ramsi Woodcock, an assistant professor of law at the University of Kentucky, goes so far as to ask the question that puts gasoline on the fire: “Is Advertising Obsolete?”

“Herein lies the paradox of all advertising in the information age, online or otherwise. If there is one thing that the internet has made it easy for consumers to access without the help of advertising, it is information – and especially information about products,” writes Woodcock.

Woodcock bases his argument on his reading of antitrust laws. He poses it this way: Imagine a world wiped clean of advertising of all kinds -- from sponsored Google search to Facebook’s sponsored posts as well as TV commercials and billboards in the offline world. Would you still be able to find all the information you could ever want about products in this alternative world? Of course you would.

As sociologist Emily Fogg Mead wrote a century ago: "Ads are a “subtle, persistent, unavoidable presence that creeps into the reader’s inner consciousness. A mechanical association is formed and may frequently result in an involuntary purchase.”

And Woodcock agrees: “Advertising remains so common today not because it informs but because it persuades.”

Which brings us to his antitrust argument: "Commercial advertising can put companies selling products that consumers might actually prefer, but are less well advertised, at a competitive disadvantage” says Woodcock. "That gives the Federal Trade Commission, which is charged with enforcing the nation’s antitrust laws, a legal basis for going beyond current limits on advertising that is false or aimed at children, to sue to put an end to all advertising.”

So if advertising is obsolete, what replaces it? What if brands, services organizations, and associations don’t really want to sell things? What if instead, they want to share stories, invite action, and reward readers/viewers who embrace their story and share it?  Is endorsement and amplification as important a measurable outcome as ringing the register for organizations with social rather than economic goals?

As consumers begin to consider, and then demand, control over their personal data, the power to register preferences puts users back in control of what they buy, and how their preferences are inculcated in user data. Which could well lead to user- controlled AI and interaction with chatbots.

Chatbots have significant advantages over advertising. Deep learning and predictive analytics allow them to have data-driven relationships with users. They are adaptable — more than an ad campaign can ever be. The more you share with a bot, the more it can fine-tune its response and the offers it shares with you, driven by your past-purchase history and behaviors.

Advertising is information. Information is either controlled by the platform or by the user. Today, Facebook and Google are “free,” but we pay these platforms with our data. And advertisers pay the platforms to target us with an endless flow of offers and come-ons. But Woodcock and others think the time has come to no longer make users into the “product” and instead once again make users the customer.

Using emerging tools like blockchain, user preferences and behaviors may once again be the property of users, shared knowingly, and in ways that benefit users rather than put them in the line of fire for a barrage of poorly targeted ad campaigns. Much as junk mail is now managed by increasingly capable fillers, junk advertising may be the next recipient of smart filters and engaged consumers.

Are ads obsolete? It may be time to find out.

*Rasmi Woodcock will be at SXSW, on a panel with Tracie Lee, product design director of The New York Times, and myself. The panel will be moderated by commentator and comedian Baratunde Thurston. It’s March 8 at 11 a.m. You can learn more about the panel here.

Hope to have you join the conversation in Austin, or in the comments section below.

advertising
10 comments about "Is Advertising Obsolete?".
Check to receive email when comments are posted.
Read more comments >
Next story loading