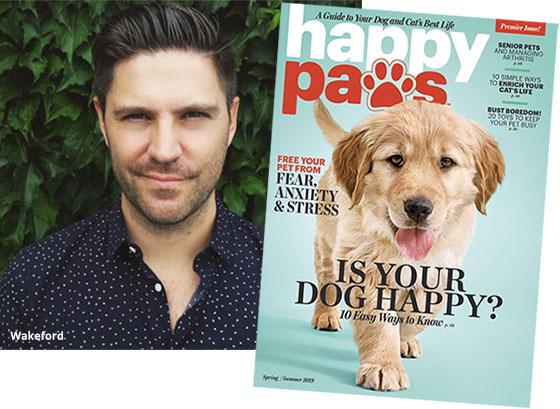 People has named deputy editor Dan Wakeford as its new editor in chief.

Wakeford will be replacing Jess Cagle in his role as EIC-editorial director. He has been with the title since 2015. Prior to joining People, Wakeford was EIC, Life & Style and In Touch magazines.

Yesterday, Cagle, People EIC, announced he would be stepping down from his post after five years. He will be leaving his position as editorial director of Entertainment Weekly and People en Espanol, effective March 31.

In an internal memo, executive vice president, People, Entertainment Weekly and People en Espanol Bruce Gersh noted Cagle grew the title during his tenure. It now reaches 32 million unique users who spend an average 30% more time on the site than they did five years ago.

He will be relocating to Los Angeles full-time.

Gersh wrote that Wakeford “has an impeccable track record for shaping the editorial direction and content strategy for some of the largest names in media, and that makes him the ideal choice to lead Meredith’s most profitable brand.”

While People’s deputy editor, Wakeford edited both the magazine and oversaw 11 of the title’s digital verticals and developed spinoff projects, including three seasons of “People Magazine Investigates” and two network documentaries on the royals for ABC.

He also oversaw the development of digital vertical “People Health” and the coffee-table book The 100 Best Celebrity Photos, both of which secured notable revenue.

The new title is written by veterinary and pet-professional experts, like board-certified veterinary behaviorists. It is intended to support pet owners with physical and emotional care of their animals.

The title is produced in partnership with Fear Free, LLC, as it taps the ever-expanding $72 billion pet industry. Nearly 60% of U.S. households have one or more dogs, the highest rate of dog ownership recorded since the American Veterinary Medical Foundation began tracking it in 1982.

Happy Paws is the latest new title to come from Meredith. Most recently, the publisher launched 2017’s The Magnolia Journal from Chip and Joanna Gaines, Hungry Girl from Lisa Lillien in 2018 and Forks Over Knives in 2016.