Zagat Guides Return To Print In 2020 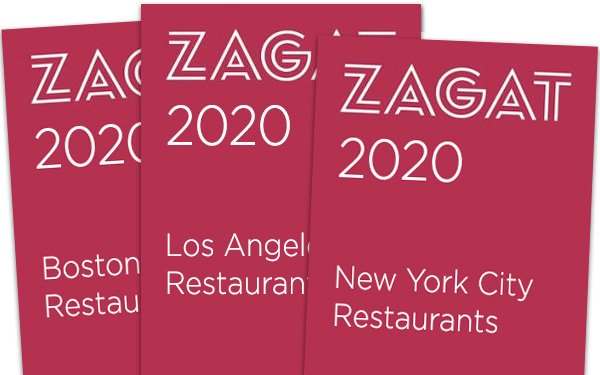 When restaurant discovery platform The Infatuation purchased Zagat from Google last year, it hinted it might relaunch the brand’s iconic print guides in the future.

Today, The New York Times reports the guides will return for a fall 2020 edition.

According to The Times, relauching the print guides was a priority for The Infatuation. Infatuation founder-CEO Chris Stang told the newspaper: “From the moment we took control of the brand, we were interested in bringing Zagat back to print. It didn’t take long to understand how much the community wanted the guide back as well.”

The guides last appeared in fall 2016; they've had an online presence for the past two years. The Infatuation is also reviving the fan-based voting platform for the new edition, with restaurant votes being collected through May 5.

The Zagat guide was launched 40 years ago when Tim and Nina Zagat had friends rate restaurants; it was a precursor to Yelp. Family-owned for decades, Zagat was purchased by Google in 2011 for $151 million, before Tthe Infatuation acquired it for an undisclosed amount.

Last September, The Infatuation told Tech Crunch it had raised $30 million in funding from Jeffry Katzenberg’s WndrCo with the intention of digitizing Zagat.

“The first thing we want to do before we build anything is spend a lot of time researching how people have used Zagat in the past, how they want to use it in the future, what a community-driven platform could look like and how to apply community reviews and ratings to the brand,” said Stang.

“Zagat’s roots are in user-generated content. … What we are doing now is thinking through what that looks like with new tech applied to it.  How [we can] take our domain expertise and that legendary brand and make something new with it.”
food, print, restaurants
Next story loading