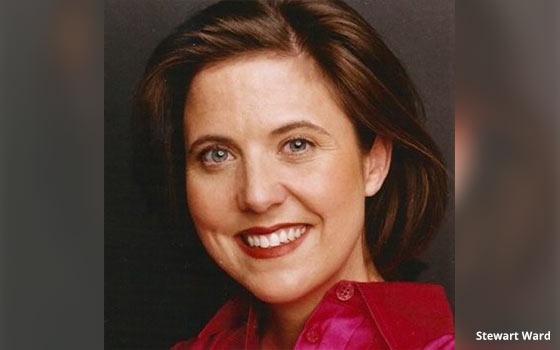 The magazine, which caters to the circuit of society balls and charity dinners, aims to remake its coverage for a younger, hipper readership. Its title refers to the patrician thoroughfare of New York’s Upper East Side and Park Avenue, not the hipster highway of Bushwick Avenue in Brooklyn.

She also has written for Vogue, Elle Décor, Town & Country and The New York Times, according to her LinkedIn profile.

Ward grew up as a Mormon and attended Bringham Young University, where her contemporaries included actor Aaron Eckhart and playwright Neil LaBute.

She made light of the contrast between her upbringing and her job of covering boozy black-tie dinners in a memorable piece for Vogue in 2007. She said people used to call her “No Sex and the City” in a wry reference to author Candace Bushnell’s column for the New York Observer that inspired the hit HBO series.

“While my married Mormon friends collected children and school bills, I collected a closetful of designer dresses, a sprawling library of social-history books, and an even bigger shoe closet,” Stewart Ward wrote.

She also said she “became the Mormon mascot who could table dance for hours on no more than Pellegrino.”

Gross left the magazine last month with plans to return to writing books.

Avenue started in 1976 and is distributed in upscale New York residential buildings, where the average household income is $1.7 million, according to its website. The magazine will continue to print special issues that include its annual Power Elite and Philanthropy lists.

Avenue is Cohen's first magazine property, while his Cohen Media Group mostly distributes foreign films, such as the 2017 Oscar winner "The Salesman." In 2015, Cohen bought 30 films from the Merchant Ivory Productions library, including "Howards End," "Maurice" and "Heat and Dust."