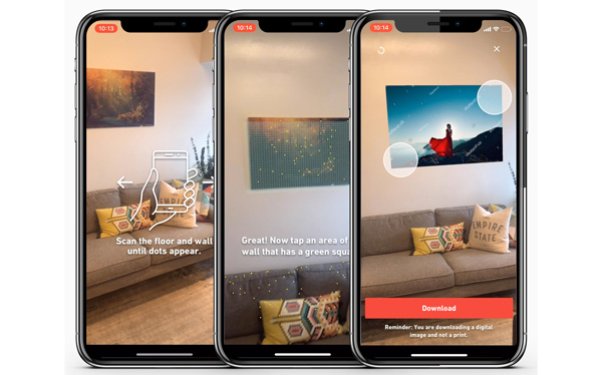 Shutterstock has introduced its first augmented reality feature with a “view in room” button for users to virtually position images on their walls.

The app, based on the iOS ARKit framework, was created internally at Shutterstock, which houses 250 million images.

With the iPhone mobile app, users can point their camera at a wall and virtually place an image there, while deciding whether to make a purchase.

"This is yet another project developed from its initial iteration at our annual employee hackathon,” states Jon Oringer, founder and CEO of Shutterstock. “We decided to put this hack into production because of its potential to have an immediate customer impact."