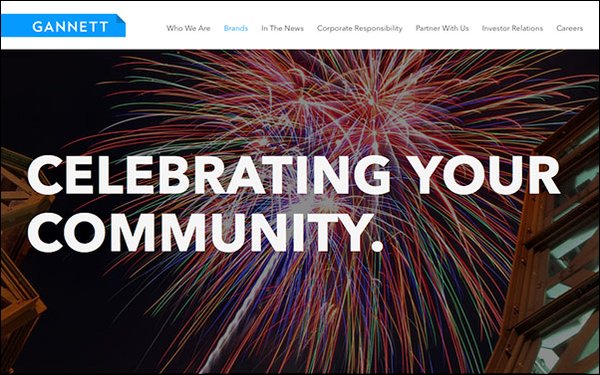 Gannett released its Q1 earnings earlier this week, revealing an overall drop in revenue, but a notable increase in digital-only subscribers.

However, the company reported a bright note within its subscriptions. Its digital-only subscriber volume grew 39% year-over-year, now totaling around 538,000.

Ali Engel, senior vice president-CFO, stated: "We are focused on continuing to make strategic investments to support our digital transformation, while closely managing our expense base to maintain profitability amid current print revenue trends."

"We had a solid start to 2019, with better-than-expected results across print advertising and circulation revenues, as well as improved Adjusted EBITDA in the first quarter," stated Robert J. Dickey, president-CEO.

MNG, formerly known as Digital First Media, has continued its efforts at a hostile takeover of Gannett. The company released a statement following Gannett’s revenue report, that included: “If 10% same store revenue declines, a 52% reduction in free cash flow and higher net losses represent a ‘solid start’ as Gannett says, shareholders must wonder where this ends.”

Currently, MNG, which holds a 7.4% ownership interest in Gannett, is attempting to elect three representatives to Gannett’s board. Elections take place this month.

MNG stated: “To say there is a leadership void at Gannett is a gross understatement ... When coupled with the Company’s prolonged under-performance, it is difficult to fathom how any reasonable investor could have confidence in Gannett’s ability to offset the declines in its core business and execute a so-called ‘digital transformation.’ ”
digital, newspapers, revenue, subscriptions
Next story loading