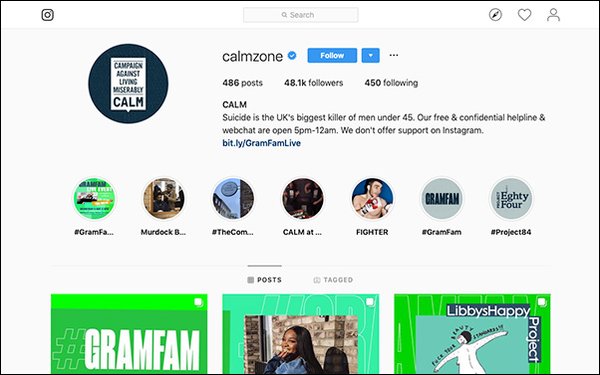 Called #GramFam, the magazine is a collaboration with The Mix, a crisis-support service for teens, and Campaign Against Living Miserably (CALM), a charity focused on bringing down the suicide rate among young men.

The magazine does not have its own dedicated handle, but brings content together under the #GramFam hashtag, as well as on the Instagram accounts of The Mix and Calm, to create an “Instazine.”

Content encourages followers to eat healthily, reach out to friends and family or “even screaming loudly into your pillows together” to deal with stress.

Last Wednesday, an event called #GramFam Live was held in London with celebrities and influencers sharing their mental-health advice. It was hosted by KISS FM’s Tom Green.

According to The Independent, Instagram found the hashtag #examstress had risen 640% between March and May 2018.