Maker Faire And The Power Of Live Events 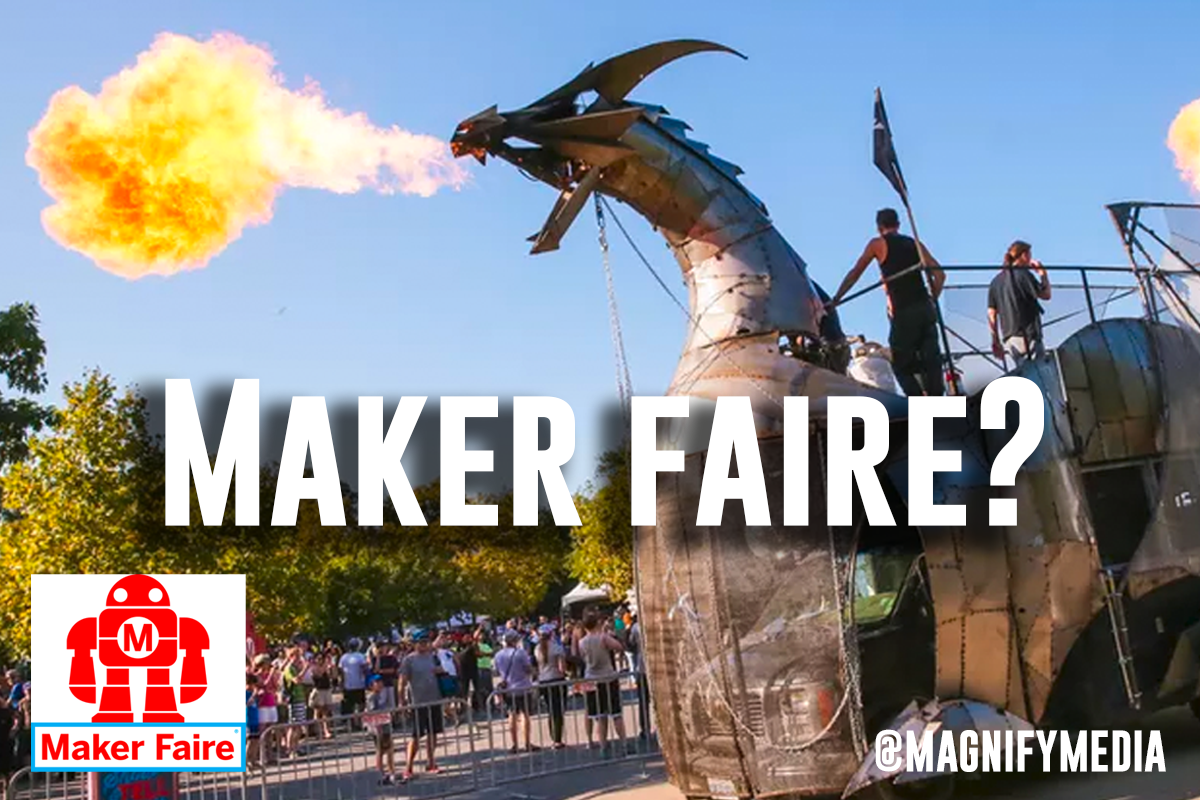 In my digital life, I’m exposed to text, images and video all day. From early morning until late night, the firehose of digital data comes at me.

I bet that sounds a lot like your days, too.

So, in a world of relentless digital streams, analog, real-world events are what's grown more important in my life: places where I can be, for a time, fully immersed in a singular experience. From being in the fabulous hole-in-the-wall Showman’s Jazz Club in Harlem, to being in the audience at TED in Vancouver,  being able to engage fully is what makes the memories that have impact.

Which is why learning about the challenges of Maker Faire hit me hard.

For readers who’ve never experienced a Maker Faire, I’ll say that for years my younger son and I traveled to the New York Hall of Science in Flushing, Queens each fall to explore the massive fairgrounds.

Billed as the East Coast’s biggest celebration of invention and creativity, it's where more than 800 “makers” and exhibitors from around the globe show off their creations.

It’s a cornucopia of robots, 3d printing, DIY makers, and big geeky showpieces like the 69′ fire-breathing dragon built out of an old car and recycled metals that my son and I gawked at back in 2011.

Maker Faire is a celebration of everything “geek.” It was a great way to expose my son’s fertile imagination to the joy of using your hands -- and, often, a soldering iron -- to turn ideas into objects.

So, what has punched Maker Faire in the economic gut, at a time when exposing kids to STEM education seems so clearly core to future generations?

Dale Dougherty, the founder and publisher of Make magazine, told the San Fransisco Chronicle:  “I’m not sure what the future holds for Maker Faire. I think it’s needed more than ever, and it’s valuable more than ever. But ... we’ve had to reconsider what we do and reconsider the things that we provide.”

“We are struggling a bit to keep it all going,” Dougherty said. “On one hand, [the event’s] impacts on education are really clear and they’re still going. ... But ... it’s harder to do this media and events business than it has been, and I’m just trying to figure my way through it.”

This isn’t a little thing. Teaching children that technology isn’t something magical to be purchased, but rather something tangible that can be built, modified, and changed, is part of what makes Maker Faire such an important experience.

So what happened? Events are expensive. It takes people and money. The Chronicle reports that sponsors have fallen off, with previous sponsors including Autodesk, Intel and Microsoft no longer on board.

Dougherty says the company has cut staff, including web staff. That caught my eye because it’s part of a larger issue of a handful of companies taking resources away from smaller but important partners.

The maker movement needs physical spaces and places to thrive.

I think back to the days I spent with my son at Maker Faire. We talked about 3D printing -- he wanted to "print" buildings back then. We looked at discs floating on dry ice -- physics I didn’t understand. We talked to robots, and we learned to pick locks. Turns out lock-picking is a hobby -- really.

Maker Faire makes a difference in the minds of young scientists, and it’s not going to be replaced by VR or YouTube videos.