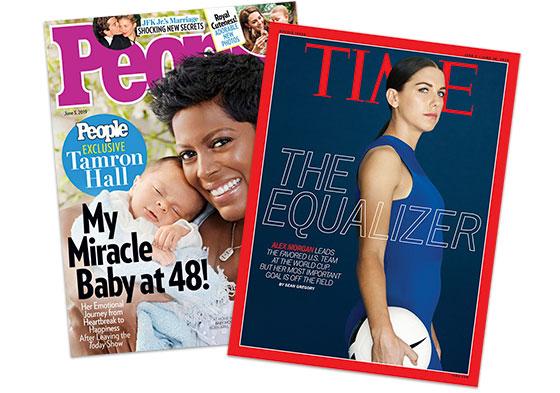 Meredith executives have provided the kind of impartial analysis that Time needed to be freed from nostalgia and the burden of its esteemed legacy, as The Wall Street Journal reported last week. Without an attachment to Time’s past, Meredith focused on practical concerns, such as profit growth.

Like all publishers, Meredith is working to limit the damage of declining print revenue, which doesn’t show any sign of abating. eMarketer forecasts print and digital magazine ad spending will decline about 20% in the next four years as advertisers put more marketing dollars into internet search and social media.

Keeping a lower cost structure is a key part of lifting the profitability of former Time Inc. titles.

The publisher slashed Time’s expenses and let go of 600 New York employees who were paid more than workers at Meredith’s headquarters in Des Moines, Iowa. Personnel costs make up about half of the $550 million that Meredith estimated it could save during the first three years after the acquisition.

In determining which of Time Inc.'s titles to sell, Meredith didn’t see a future for magazines providing news and sports coverage amid online competitors that provide real-time updates.

Meredith favors lifestyle content that isn’t time-sensitive and focuses on the styles of famous personalities. Its Magnolia Journal, a quarterly that features home-renovation stars Chip and Joanna Gaines, reached a record profit in its first year for Meredith.

People historically had been one of the most profitable magazines in the country, but its ad pages were falling rapidly, alongside a drop in newsstand sales, to an average of 354,000 per issue last year vs. 1.5 million a decade earlier, according to the Alliance for Audited Media.

As the owner of 17 TV stations, Meredith saw an opportunity to cross-brand People’s celebrity coverage on TV. It launched “People Now Weekend” to derive more revenue from the magazine’s investment in content.

Meredith also plans an expansion of People’s ecommerce efforts on People.com, which is now its second-biggest ecommerce site behind the one for Better Homes & Gardens.