Has Curation Jumped The Shark? 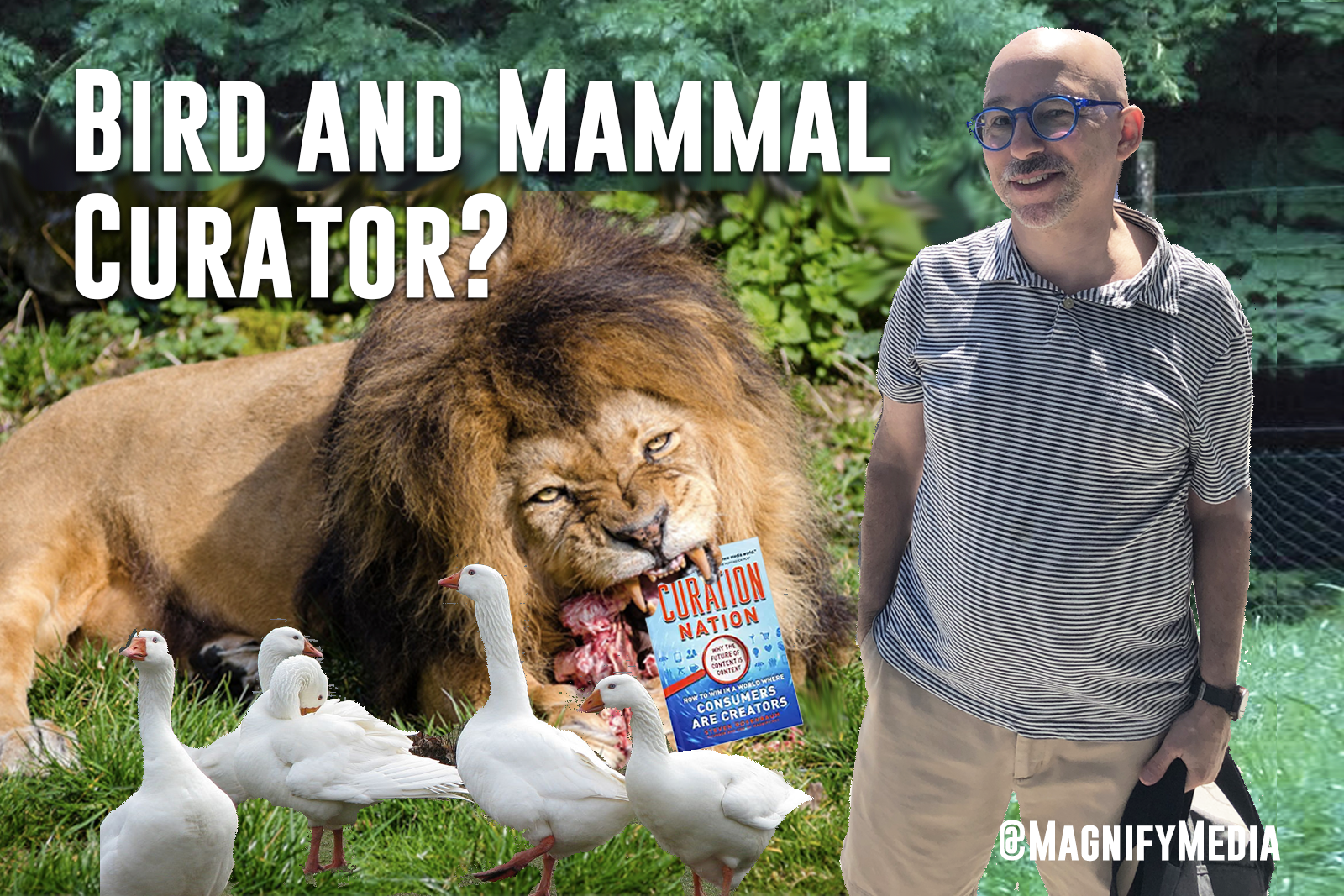 You don’t hear the phrase “information overload” much these days.  Today, it’s just a part of daily life that we’re on the receiving end of a tsunami of tweet, alerts, and updates.

But back when I began writing about how to differentiate information, to separate signal from noise, I found I was missing a word to describe what was an urgent need.

Did we need information &ldqo;editors”? But that word was already imbued with meaning that was more technical — at least in the video world, where I hung my hat at the time.

Then i tried “programmer,” because the TV industry role for someone who programmed a network was appropriate. But on the West Coast, my tech friends were programmers working with code, not editorial content.

So, after some false starts, I came to the word “curator.” Museum curators were both collectors and creators in their own right. They created audience experiences by putting art together and exhibiting it in new adjacencies.

Content curation was a wholly new discipline, but with a trajectory that had value in 2011, when McGraw Hill published my book “Curation Nation."

Curators had a voice, a point of view and the editorial bandwidth to create new experiences for content-hungry audiences.

There was one hard and fast rule in my curation lexicon: no such thing as automated, or  algorithmic, curation. Curation was at its core a human endeavor.

And for the better part of the past decade, since the word became popular, my vision held fast.

But more recently, the word has become a bit of an easy way out to describe anything of quality. A chic shop will say they curate a clothing collection. Restaurants “curate” their wine list. The musician Lorde was appointed “sole curator” of “The Hunger Games” film soundtrack.

"The Paradox of Choice -- Why More Is Less,” a fantastic book by psychologist and noted TED speaker Barry Schwartz, argues that eliminating consumer choices can greatly reduce anxiety for shoppers.

But then, for me, something changed.

It was an email from Indeed, the job site. They had found “the PERFECT job for me!” Never mind that I hadn't ask them to seek out jobs for me. They were just helping out, I guess.

I was to be the Assistant Bird & Mammal Curator at the Virginia Living Museum, assisting with the overall management of the museum’s live mammal, terrestrial invertebrates and bird collections.

I have to say, given my years of curation experience, I was a bit put off by the “assistant” title, but then I would report to the Senior Bird and Mammal Curator.

Public safety! Food! Marijuana! Who knew that curation had expanded to provide me so many new and varied opportunities.

Still, for now I’m just going to stay with mammals and birds. That’s a curation gig I can be proud of.