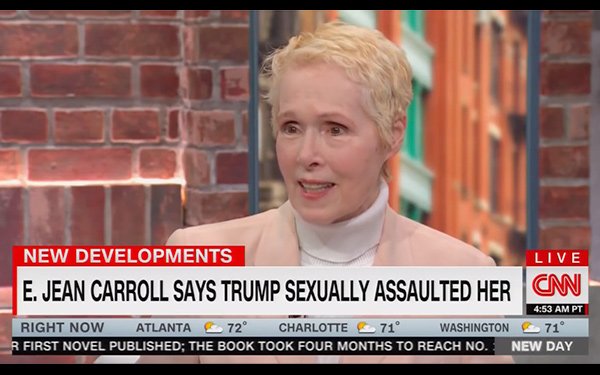 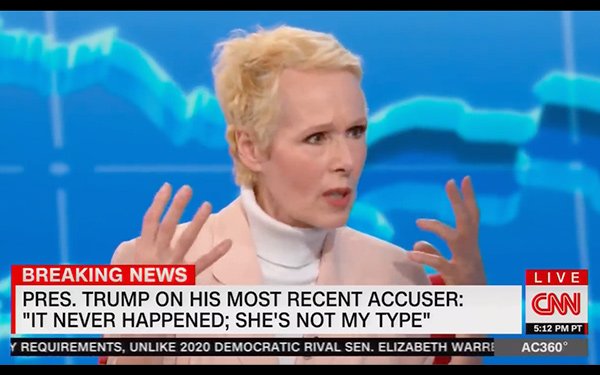 Col Allan, the former editor-in-chief of the New York Post, who currently works as an adviser to the tabloid, ordered the removalof a story about a writer who alleged that President Trump sexually assaulted her, CNN Business reported, citing two unnamed sources.

Allan is a supporter of the president and a longtime lieutenant to Rupert Murdoch, whose News Corp. publishes the NYP.

Writer E. Jean Carroll accused Trump of sexually assaulting her more than 20 years ago in a New York magazine excerpt from her forthcoming book, “What Do We Need Men For? A Modest Proposal.”

She described a harrowing attack that lasted less than three minutes in a dressing room at a ritzy Manhattan department store, where Trump recognized her and asked for help in buying a gift, before allegedly assaulting her. She said she declined to report the incident to authorities because she dreaded the public humiliation.

At the time, Carroll was a frequent feature writer for magazines such as Playboy and Esquire, and had her own show on America’s Talking, the predecessor of MSNBC. She currently is known for her "Ask E. Jean" column than runs in Elle magazine.

Trump denied the allegations, telling reporters Carroll “is trying to sell a new book.” He later said “she’s not my type” in an interview with The Hill.

The NYP story about Carroll's allegations was removed from the tabloid's website on Friday, CNN Business reported. A link to the story by reporter Joe Tacopino directed readers to a dead web page.

An Associated Press story about the allegations was also removed from the NYP's website.

Allan and the NYP haven't commented publicly about the removal of the stories.

Stories about Carroll’s accusation still appear on the website ofThe Wall Street Journal, which News Corp also owns. Fox News, which is run by another Murdoch-led company, also has a story that remains on its website.

The NYP's readers deserve a better explanation of why the stories were removed.

Perhaps the NYP found Carroll's accusations credible — and want to self-censor to protect the president, who already faced multiple accusations of sexual misconduct before he was elected. Or perhaps the NYP doesn't consider Carroll credible enough.

She didn't help her cause in an extremely awkward interview with CNN's Anderson Cooper on Monday, when she said: "The word rape carries so many sexual connotations," while explaining how she doesn't want to consider herself a victim.

The NYP's readers will have to look elsewhere to get more complete information about Carroll's claims if the tabloid is so lacking in journalistic conviction.