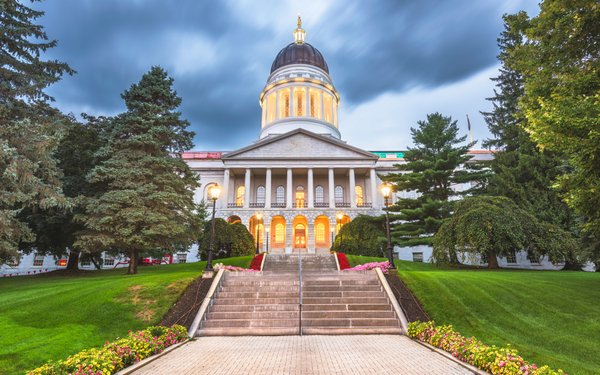 Maine Gov. Janet Mills has signed a bill imposing the Obama-era net neutrality rules on Internet service providers that do business with the state.

The Maine bill comes 18 months after the Federal Communications Commission voted 3-2 to repeal the Obama-era rules, which Chairman Ajit Pai criticized as “heavy-handed.” When the FCC revoked the regulations, it also prohibited states from passing their own measures.

“States across the country know Washington got it wrong when it rolled back #NetNeutrality,” she tweeted Tuesday.

Tech companies, advocacy groups and others have asked a federal appellate court to vacate the FCC's repeal order -- including the decision to override state laws.

The D.C. Circuit Court of Appeals heard arguments in February, and is still considering the matter.

Net neutrality supporters say the rules are needed in order to prevent Comcast, AT&T and other broadband providers from censoring sites or discriminating against competitors like Netflix.

The pro-neutrality advocacy group Free Press has said investment by 13 major broadband providers increased in the two years after the FCC passed the net neutrality regulations.

The broadband industry challenged those efforts in court in California and Vermont. Both states agreed to hold off on enforcing their laws until after a federal court rules on the validity of the FCC's repeal of the former rules.