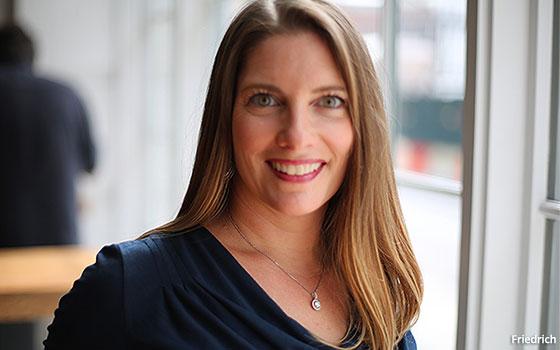 Condé Nast Entertainment appointed Kathryn Friedrich as its new executive vice president, operations and general manager, as the publisher builds out its audience for streaming media.

Friedrich previous was Chief Business Officer of RYOT Studio for Verizon Media Group, the telecom giant’s digital media unit that was renamed from Oath last year. The division, which includes Yahoo, AOL and HuffPost, cut 7% of its workforce in January.

CNE’s video properties include brand extensions of its magazines, such as streaming media channels from Wired and Bon Appetit. CNE has more than 65 active projects in film and TV, 175 new digital pilots and a new GQ Sports channel coming in the fall.

Friedrich will be based in New York and report to Oren Katzeff, president of CNE, according to an announcement.

Before working for RYOT, Friedrich was the Chief Marketing and Revenue Officer at Thrive Global, Arianna Huffington’s startup aimed at mental and physical well being. Friedrich also worked at Google in a variety of roles, including the development of monetization strategies for YouTube.

The U.S. digital video ad market is forecast to grow 62% to $58.4 billion by 2023 from about $36 billion this year, according to researcher eMarketer. The researcher estimates that 235.1 million people watch online video, or 83% of internet users.

The "pivot to video" trend that started among digital publishers in 2015 has gone through spasms of growth and sudden decline -- with many observers blaming Facebook for its rise and fall.

But the video market is just getting started, especially on mobile devices. The expansion of high-speed 5G wireless networks in the next few years will make it easy to download entire movies in a few seconds. That will help to fuel greater video consumption.