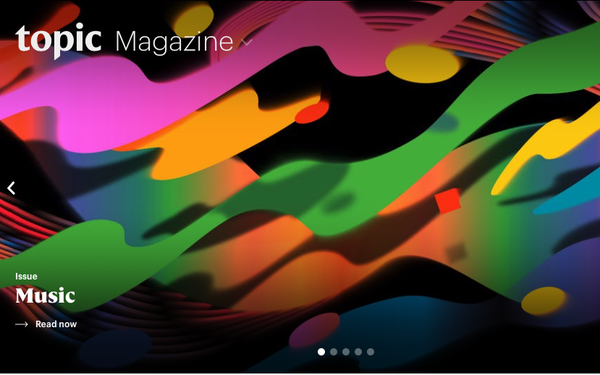 The 2-year-old brand published monthly issues focused on singular themes, such as “Music” and “Mothers,” with articles, photography and video.

Six of the nine magazine staffers at Topic will leave at the end of this month, according to editorial director Anna Holmes, who is also the founder of Jezebel.

Holmes announced on Twitter she will be one of those leaving. The August issue will be Topic’s last.

The three employees remaining on the team are solely focused on video and film production.

In May, the company announced the hire of HBO veteran Maria Zuckerman as executive vice president of Topic Studios to lead overall strategy, according to Variety. Gena Konstantinakos, formerly a producer at Viceland, was also recently hired, as vice president of development and video programming for Topic.

The company’s first feature film, “Spotlight,” won the Oscar for best picture in 2016.

First Look Media, owned by eBay founder Pierre Omidyar, will also stop funding political cartoon site The Nib. It has been part of the company since 2016.

Matt Bors, editor of The Nib, will continue to run the site independently. It will be solely funded by members who contribute monthly payments to support the site.

The fourth issue of the quarterly print magazine will ship in early July, and the fifth will be published independently by Bors.

Bors noted on Twitter that after news went out about First Look Media pulling funding, The Nib "experienced our largest membership surge ever by a factor of three.”