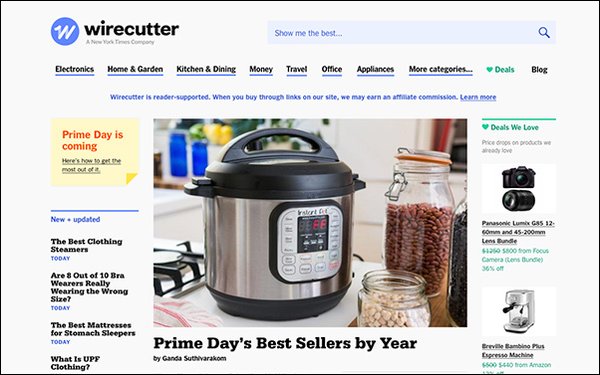 Prior to joining Wirecutter as a deputy editor, Chen held the same position with New York magazine’s “The Strategist.” In his new role, Chen will oversee coverage across Wirecutter’s core areas, including computers, TVs, audio gear and tech products. Chen will supervise the outlet’s photo and video teams and lead its expansion into new areas to boost audience.

Conte, who comes to Wirecutter from Women’s Day where she was executive editor, will oversee the personal-finance vertical “Wirecutter Money” and “Deals.”

Cyr Clisset, who was a senior editor with Wirecutter, has been promoted to the role of deputy editor. She will oversee core coverage areas that include kitchen & dining, appliances, baby & kid and most home goods. Additionally, Cyr Clisset will work with the company’s new Long Island City facility where she will oversee the team that manages Wirecutter’s testing operations.