Combined political ad buys on broadcast, cable and digital media outlets will reach $6 billion during the 2020 Presidential election year campaign cycle, according to a new report released today by Advertising Analytics and Cross Screen Media. The projection represents a 57% increase over what was spent during the 2018 midterm election cycle.

"These projections will also likely change as the landscape changes," the companies say in the report, noting, "Currently, the Senate has fewer top tier races than it did in 2018. However, if Stacey Abrams were to enter the race in Georgia, for example, we would expect that race to become far more competitive and therefore be weighted higher in our model."

The analysts said they are projecting "8 million broadcast airings of political ads in 2020, about 2.5 million more than aired in 2018.

Presidential campaign spending will account $2.7 billion, or about 45% of all political ad spending during the cycle. 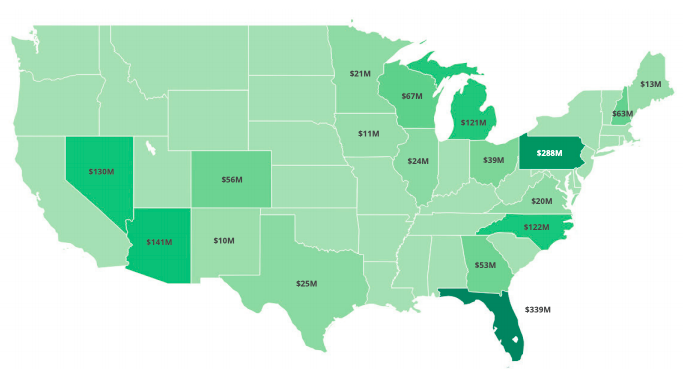