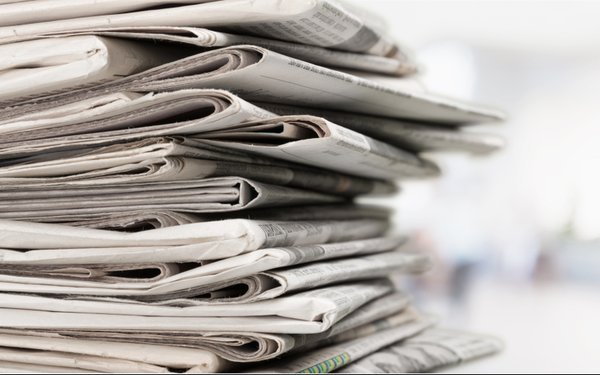 The number of newspaper newsroom employees dropped by 47% from 2008 to 2018, according to the Pew Research Center’s annual “State of the News Media” report.

However, this increase of roughly 6,100 total jobs does not offset the loss of about 33,000 newspaper newsroom jobs during the same 10-year period.

Newsroom employment in the U.S. dropped by 25% from 2008 to 2018, according to Pew Research Center’s analysis of Bureau of Labor Statistics Occupational Employment Statistics survey data.

In 2008, about 114,000 newsroom employees (including reporters, editors, photographers and videographers) worked in newspaper, radio, broadcast television, cable and “other information services” industries, including digital-native news publishers.

In 2018, estimated U.S. daily newspaper circulation (print and digital combined) was 28.6 million for weekdays and 30.8 million for Sundays. Those numbers are down 8% and 9%, respectively, from 2017.

Pew Research Center analysis previously reported nearly one-quarter of the digital outlets examined experienced layoffs between January 2017 and April 2018, despite the overall increase in employment in this sector.

Newsroom employment in broadcast television has been relatively stable, at about 28,000 between 2008 and 2018. The same goes for cable television, at between 2,000 and 3,000 over that period.

This means radio had the greatest decline in employment percentage-wise, though the overall number of jobs lost — about 1,200 — is far smaller than the loss in the newspaper industry, according to Pew Research Center.