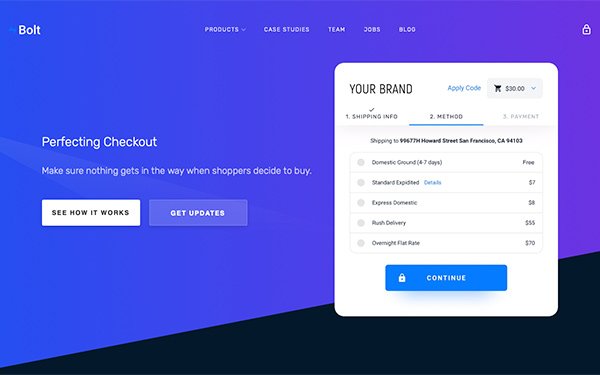 Ecommerce startup Bolt just raised another $68 million in a Series B round of funding led by Activant Capital and Tribe Capital.

Pursuing a “holistic” approach to ecommerce, Bolt’s services encompass everything from checkout to payments to fraud detection.

Since its official launch in January 2018, the company has now raised about $90 million.

Having conducted more than 1.5 million transactions in less than two years, Bolt says it has reached an annualized payment processing volume of more than $1 billion.

The investment is part of a broader push to help online retailers compete more effectively with Amazon and give consumers an alternative to the ecommerce behemoth.

Ryan Breslow, CEO of Bolt, knows the company’s ambitions are quite bold.

“We know there’s a lot of work to be done in order to perfect checkout and transform an industry that’s operated under the same set of assumptions for the last decade,” Breslow stated.