'The Dodo' Develops IGTV Series For Teens With Instagram 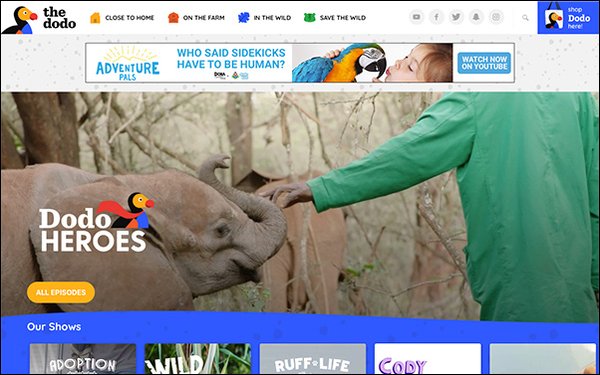 Animal site The Dodo announced a new series geared to teens called “You Know Me… Now Meet My Pet,” set to launch on IGTV in partnership with Instagram on July 17.

The series features six episodes, each starring a young Instagram influencer and their pet. The Dodo announced the new series during its co-branded programming section “The Dodo Pet Zone” at VidCon. Two of the series’ stars, Mia Sayoko and Drew Lynch, also appeared on the panel.

The co-branded programming section was a first at VidCon and included six sessions of discussions about a range of animal-related digital media topics, such as how to turn your pet into a social star, how much good famous pets and owners can accomplish through social influence and a special panel featuring the stars of “Pittie Nation.”

“The most successful publishers on Instagram typically have a few things in common — they’re brilliant at video, they target young audiences, and they focus on a specific beat,” said Elisa Benson, news publishing partnerships at Instagram. She added The Dodo fits this bill.