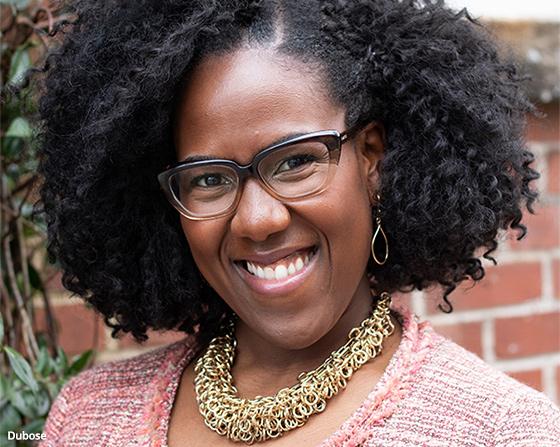 Set to lead multimarket and multiplatform efforts across McClatchy’s 30 local newsrooms, Cynthia DuBose has been tapped as the company’s senior editor for special projects.

She will lead McClatchy’s Priorities Project, which focuses on election-year conversations about policy problems most important to McClatchy’s audience, via state and local leaders.

DuBose will also serve on the News Leadership Team.

Introducing DuBose to McClatchy staff in an internal email, vice president of news Kristin Roberts wrote: “She comes to this job with a combination of skills that is rare in a news leader -- from reporting and editing to digital product development, digital audience growth and marketing.

"She knows what it means to be digital-first because she’s done it, spending her career connecting different parts of organizations and breaking down silos in the process. She will be a key voice in setting our agenda and our future course.”

Prior to joining McClatchy, DuBose spent a large part of her career with The Atlanta Journal-Constitution, working as a reporter, digital channel manager and special-projects manager, leading the organization’s digital team, crafting its two-site strategy and managing overall site viability.

DuBose was also integral to Cox Media Group’s development of Fans 1stMedia as she worked to increase brand awareness and diversity readership and developed the group’s audience engagement and marketing strategy.

She was also digital marketing manager for biopharmaceutical company MiMedx.

Separately, Vox Media has announced a series of new hires and promotions as it continues to expand coverage and products.

Among the new hires, Jill Pike, formerly of the NFL, as been tapped as vice president of communications; Matt Kershaw, formerly of Publicis, as been named vice president of global partnership and strategy; Facebook’s Peter Elkins-Williams was named lead corporate development; and Donte Stewart, who has worked with the Bill & Melinda Gates Foundation and the CIA, has been tapped as head of security.

“As Vox Media continues to deepen and expand its connection with modern audiences, we are building a team to match our company’s growth and ambitions,” stated Vox Media Chairman-CEO Jim Bankoff.