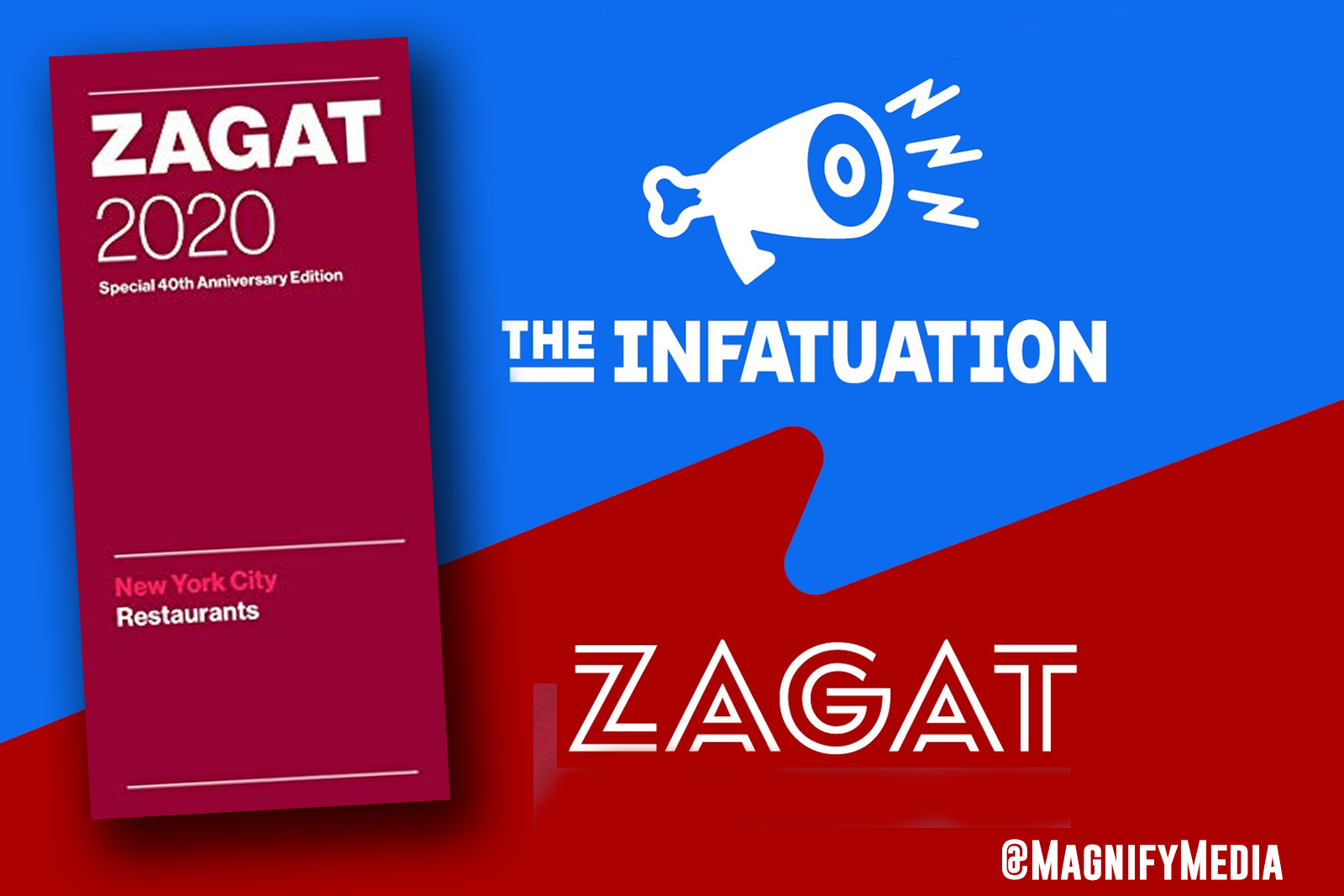 It wasn’t that long ago that the name Zagat conquered the rarified world of food and high-quality user-generated comments. The magical combination of snappy comments and carefully curated contributions made it the foodie bible. Then, in a flash, it was gone -- seemingly beyond repair. Now, it may be reborn through an unlikely partnership.

But first, the near-death story.

As the story goes, Tim and Nina Zagat, who met at Yale Law School, created the guide as a hobby in 1979. The Zagats began asking friends' opinions and brought on amateur critics to rate restaurants on food, décor, service, and price. The UGC empire was a fast success, a foodie mainstay for everyone from culinary icons to new foodies looking for price-conscious meals. But Zagat was a print company, and digital never was its mainstay.

So in 2011, with print on the decline and digital rising, Zagat was sold to Google. Google executive Marissa Mayer led the acquisition for a reported $151 million. But it was a bad marriage, and the Zagat app that Google released was widely panned. Google paired down Zagat’s 30 point system into a five-point rating, prompting criticism of oversimplification from many industry pundits. Then, when Google began to infuse its mapping software with user-generated comments, Zagat was left in the dust.

When Mayer departed in 2012, Zagat was left without anyone at Google who believed in the acquisition. By 2017, Zagat failed to send out its annual survey that was the basis for its restaurant rankings. No guide was produced and Zagat was thought to be essentially dead, not an unusual outcome for acquisitions not easily integrated into the mother ship.

But then a white knight came to the rescue.

A New York-based company known as The Infatuation has announced it purchased Zagat from Google for an undisclosed sum. It had previously raised $3.5 million for its mobile app and SMS-based recommendation tool. But now with $30 million in fresh capital from Jeffrey Katzenberg’s WndrCo, the founders say they have a plan for Zagat. On top of that, WndrCo has invested in Mixcloud, Axios, Node, Flowspace, Whistle Sports, TYT Network and others.

“We relate to audiences in a way that other entities aren’t,” Chris Stang, a co-founder of The Infatuation and its chief executive, told The New York Times. “We try to create a true connection with the audience.”

Stang told TechCrunch this morning the company plans to use a good chunk of the new funds to develop a new Zagat platform, which will be kept separate from The Infatuation.

“The first thing we want to do before we build anything is spend a lot of time researching how people have used Zagat in the past, how they want to use it in the future, what a community-driven platform could look like and how to apply community reviews and ratings to the brand,” said Stang. “Zagat’s roots are in user-generated content. … What we are doing now is thinking through what that looks like with new tech applied to it — how we can take our domain expertise and that legendary brand and make something new with it.”

The newly rebranded Zagat methodology will be supported by what it’s calling  Zagat’s Curators.

The site’s FAQ for people who want to apply to be a curator lays out the offering clearly. “We’re looking for people who are passionate about dining out, have excellent knowledge of their local restaurant scenes and love sharing restaurant recommendations and tips with others,” it says.

Benefits of curation include being “connected to other people in your city who share a passion for dining. You’ll never have a shortage of dining options, and you’ll have endless opportunities to share recommendations, expand your dining expertise, or ask others with similar taste where to eat next.”

And, no, curators will not get paid. “Zagat’s restaurant insights have always been powered by an informed, trustworthy community and it’s important that Zagat Curators are similarly motivated by a genuine passion for dining out.”

This is an important and potentially game-changing moment. It turns out that UGC might not be a Google specialty when it requires curation rather than just being automatic.

I’m cheering for The Infatuation to bring Zagat back into its brand’s heyday, and in doing so create a roadmap for how human curation can give users critical insights and advice that a crowdsourced solution might miss.

And heck, I signed up -because… well… mmmm, yummy.

The Infatuation will also expand to new cities beginning this fall, with launches in Boston and Philadelphia. It’s already active in a dozen or so U.S. cities including Los Angeles, Seattle, and San Francisco. The startup’s first and only international location is London.