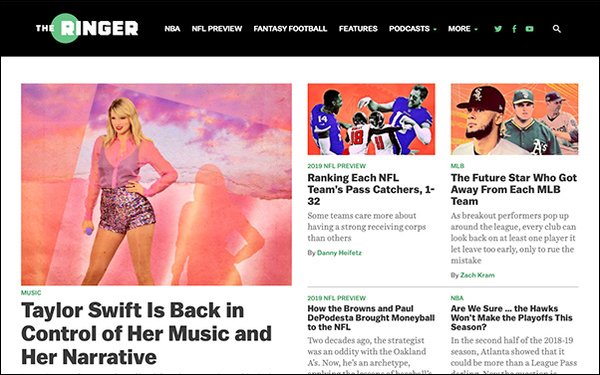 Taking their new posts October 1, Fennessey will be the site’s Chief Content Officer and Rubin will become its EIC.  Rubin takes on her new role after serving as The Ringer’s executive editor. Fennessey was the site’s EIC, prior.

In addition to her editorial role, Rubin hosts The Ringer’s “Binge Mode” podcast and appears as a guest on the outlet’s other podcasts, which include “The Rewatchables,” “The Bill Simmons Podcast” and “Jam Session.”

Earlier this month, The Ringer voluntarily recognized its employees’ move to unionize.

Variety reported that 66 of The Ringer’s 90 employees signed union-authorization cards with the Writers Guild of America East.

The unionized employees are intending to focus on compensation, benefits, diversity, severance pay and creator rights.

In a statement, the outlet’s union organizing committee said: “Across the realms of sports, pop culture and technology, The Ringer’s reporting and analysis has always championed the rights of talented athletes and creators. A union allows us to embody those values in-house, and we look forward to collaborating on a brighter future for the company and its employees.”

The Ringer was founded in 2016 by Bill Simmons, following his more than a decade with ESPN and the launch of his now-shuttered site Grantland.