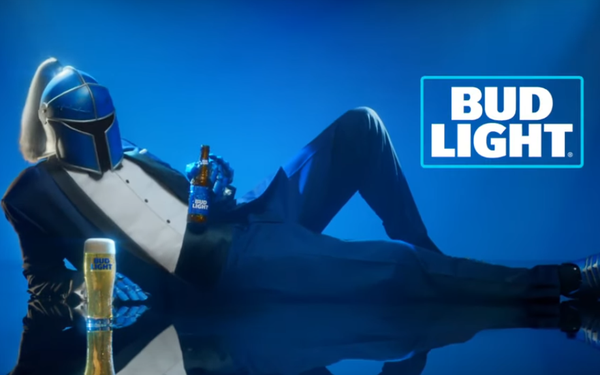 The injunction extends the one issued in May that barred A-B from making that claim on TV commercials, in billboards or in print ads.

In the 15-second ads, titled “Recline” and “Crispy,” the voiceover intones that Bud Light is “brewed with no corn syrup.” Those ads were prepared for the start of the NFL season.

Though the ads don’t  mention MillerCoors, the implication may be inferred by viewers who know the back story of the fight between the two beer giants.  That started when Bud Light, A-B’s and the nation’s most popular beer, ran an ad during the Super Bowl noting that Coors beer was made with corn syrup.

Coors cried foul. It uses corn syrup in the fermentation process, it admitted, but it’s not in the beer.  And it alleged the Bud Light ads were playing on consumers’ fear of high fructose corn syrup, which can be unhealthy — not plain corn syrup, which is not.

Milwaukee-based U.S. District Judge William Conley, in this latest ruling, said Anheuser-Busch can use packaging marked with “No Corn Syrup” until it runs out, or until March 2020, whichever comes first.

The court documents say as of June 6, Bud Light had already printed 64 million packages, worth about $28 million, with that phrase.

He said, “Bud Light's campaign was bad for the public, bad for the industry and against the law. With this ruling, we are holding Bud Light accountable for its actions, and we will keep holding their feet to the fire every time they intentionally mislead the American public."

Bud Light’s ad bothered some farmers, who said it cast the corn business in a bad light. “America’s corn farmers are disappointed in you,” the National Corn Growers Association tweeted right after the ad ran, while  thanking MillerCoors “for supporting our industry.”

Sales of Bud Light and Coors Light were losing market share even prior to the Super Bowl ad, but as the feud went on, Coors posted a blog in March that said Bud Light sales were off 8.8% in the four weeks following the Super Bowl ad, citing Nielsen data. It said its own brands “held their own” during the same time period.

But coming into the Super Bowl, the biggest so-called premiums--Bud Light, Coors Light, Miller Lite, Budweiser and others--had declined 4.2% in dollar sales from the year just ended, according to IRI.

In June IRI reported the slump continued.  Bud Light dollar sales were down 5.7% and Coors Light was down 2.5%. Generally premium domestic beer brands are losing out to super premiums, imports and craft beers.