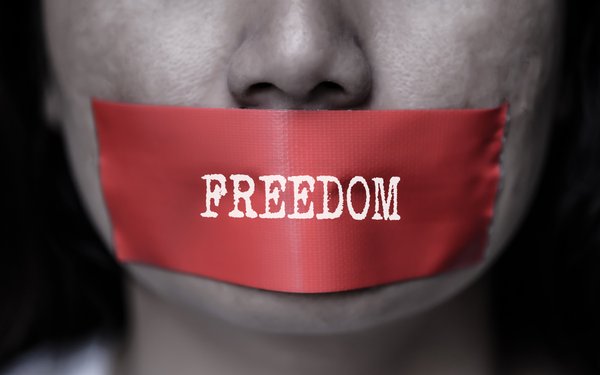 An annual report from Cision reveals a sober attitude among U.S. journalists regarding freedom of the press and journalists’ safety.

Some 57% see a deterioration of the freedom of the press, and 40% believe it will deteriorate in the next three years, according to the 10th annual “Global State of the Media” report.

The study surveyed 1,999 journalists around the world to determine the current state of the media, ranging from attacks on the press to the role of data in deciding what stories to cover.

Globally, 49% of journalists feel freedom of the press is deteriorating. However, 65% have not felt pressured to change their tone or language, and only 36% are concerned about the safety of themselves and their peers.

As for journalists in the U.S., 42% of those surveyed by Cision are increasingly concerned about journalists’ safety.

While 69% of U.S. journalists believe the public has lost trust in the media in the last year, that marks a decrease from 78% in 2018.

In 2017, 91% of journalists around the globe believed the public had lost trust in journalists.

Cision suggests these numbers point to an attitude among journalists that they are beginning to regain public trust. 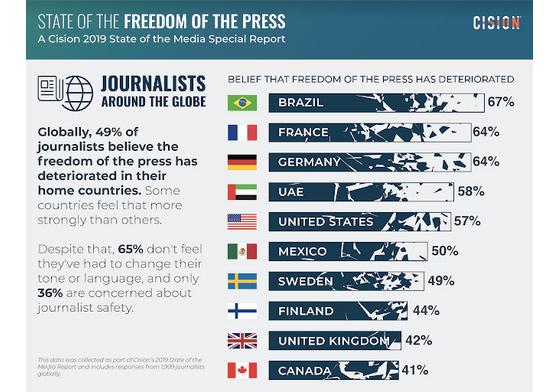