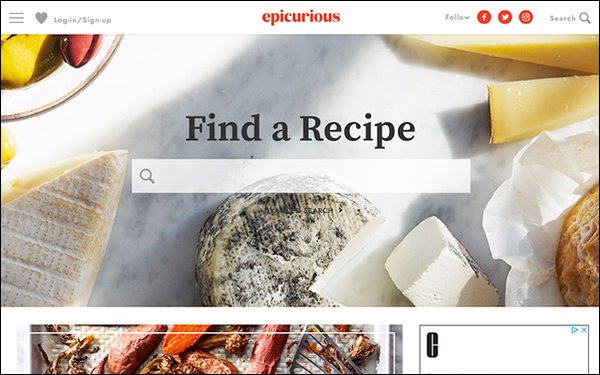 Epicurious has steadily built a reputation as a place where cooks of all skill levels can find recipes, product guides and expert advice that speaks to them as valuable members of the culinary community.

“Over the past five years, we’ve built Epicurious to be the best and most comprehensive cooking website on the planet, talking to home cooks, from beginners to experts, hobbyists to weekday cooks,” David Tamarkin, editor of Epicurious, told Publishers Daily.

This strategy has spilled over into the brand’s video offerings, with a YouTube channel that counted 50,000 subscribers in late 2017 and has grown to 1.5 million subscribers since.

Shows like “Basic Skills Challenge,” which brings together a group of home cooks trying out skills like separating an egg, and the high-low ingredient-focused “Price Points,” rely on accessible messages to attract returning audiences. The numbers show the strategy is working.

Epicurious’ video views are up 386% YOY and time spent with the videos has increased by 428% YOY between 2018 and 2019. Aso, its YouTube subscriber growth is up 358% and its interactions on the same platform have increased by 77%. YouTube watch time is also up by 157% year over year.

One of the brand’s most popular video series, “Four Levels,” has 64 million video views on YouTube to date. It began as a monthly series, but the video and editorial teams at Epicurious soon realized they had a hit.

“We saw almost immediately from our first episode on chocolate-chip cookies that it was over-indexing beyond what any other show had on the channel, in terms of views over the first 30 days,” Matt Duckor, Executive Producer for Epicurious, Bon Appetit, Architechtural Digest and Conde Nast Traveler, told Publishers Daily.

Soon after, the series’ second episode on spaghetti and meatballs came out — and performance held. The team decided to ramp production up to twice a month. In September, “Four Levels” became a weekly show.

According to Duckor, once a senior editor at Epicurious, part of what works so well about Epicurious’ videos comes from Bon Appetit’s earlier focus on a personality-first strategy. But, in this case, those personalities are regular people, experts and others who “really know something about food, ingredients and cooking.”

“That can be just as scalable and valuable as building up a food star and letting them do whatever they want,” he said.

For example, “Four Levels” features three home cooks: a beginner, intermediate and advanced. Each demonstrates their version of a popular recipe like fried chicken. At the video’s end, a food scientist steps in to explain similarities between the three versions of the dish. The success of its video program has allowed Epicurious to ramp up advertising across its shows, including pre-roll, mid- and post- roll.

“You see more and more agencies shifting their money from TV to digital and wanting to spend with us,” said Duckor. He also notes the brand’s viewers understand the social contract involved: to watch premium, free videos, they’re willing to watch ads. In some cases, viewers are sitting through three or four ads when watching longer-form content.

On the CPM side, some people are watching for 10 minutes at a time and allowing Epicurious to build a valuable business through ad sales.

On the CPV side, Duckor noted: “The success we’ve had at Epicurious and with other Conde Nast videos, gives us a right to win as video subject matter experts, whether we’re working with advertisers to integrate their products into our videos, working on branded opportunities or creating white-label content for them by merging all our editorial insights through video. That has created an incredible pipeline of opportunities to work with advertisers.”

“When I look at engagement, I’m looking at whether the video fits into those core values. Is it a fun video that represents a lot of people? Can they see themselves represented in these videos, no matter what kind of cook they are? Does it feel relevant to their cooking lives and are they learning something?” Tamarkin said.

“At the end of the day, we’re always trying to make people better cooks and instructing them through our recipes.”