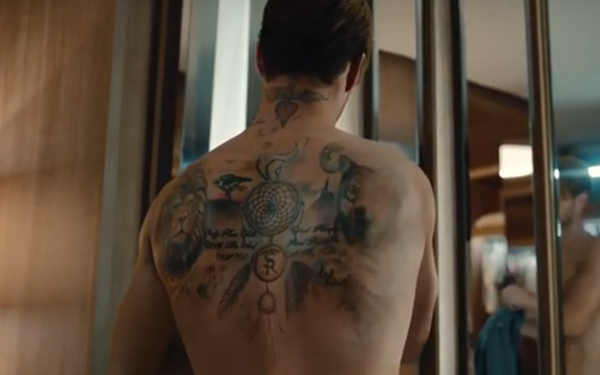 The deal includes specially marked  bottles of Budweiser adorned with duplicates of Ramos’ tattoos — of a lion, rose and a crown — that are well known to fans. Available for a limited time, the bottles link to special  content in which Ramos discusses the meaning of each of the tattoos. Bottles will be distributed in several countries, including Ecuador, China, South Korea, England, Spain and even Tanzania.

Other digital extensions will unfold during the soccer season on social platforms including @BudFootball.

A  new minute-long video shows Ramos dressing for a soccer match, sans his trademark tattoos. Viewers see them materialize as a stadium announcer recounts his path from young Seville player to the top of the soccer world.

The promotion starts at a good time: This weekend, the 33-year-old Ramos will set a soccer record for appearing in the most soccer games ever.

The Ramos partnership is part of global Budweisers’ “Be A King,” campaign begun in April, which urged fans to vote for the best players in Premier League matches. Budweiser ends those ads calling its brew “The Beer of Kings.” In the U.S., for years, Budweiser has dubbed itself “The King of Beers.”

But the Ramos promotion won’t travel across the ocean to the U.S, except for the video, available via YouTube and other social sites.

The sponsorship is an indication of the importance of parent Anheuser-Busch InBev’s efforts to gain traction for Budweiser internationally.  While most Budweiser brand sales are falling in the U.S. in other parts of the world,  A-B InBev premium brands like Budweiser, Corona and Stella Artois are big sellers.

Steve Arkley, Budweiser global vice president, said in an e-mail that Budweiser is the No. 1 premium international brand in the U.K., and has double-digit growth across Europe, helped by expansion this year into France, Netherlands, Poland, and Austria.

Corona is the top international premium brand, and Budweiser is second, reported A-B InBev CEO Carlos Brito in July. (In the U.S., though, Corona is distributed by Constellation Brands.)

Last year, the brand’s FIFA World Cup “Light Up the World” commercials were beamed to 50 nations across the world. Budweiser has had a more than 30-year association with that tourney. It recently signed multiyear sponsorships with Spanish LaLiga and the Premier League, replacing Carlberg in each instance as the “official beer.”

For Ramos, the exposure happens shortly after a loving documentary, “El Corazon de Sergio Ramos” (“The Heart of Sergio Ramos”), debuted on Netflix last month, showing a softer side of the player who has set records for being the most “carded” (penalized) player in some leagues.