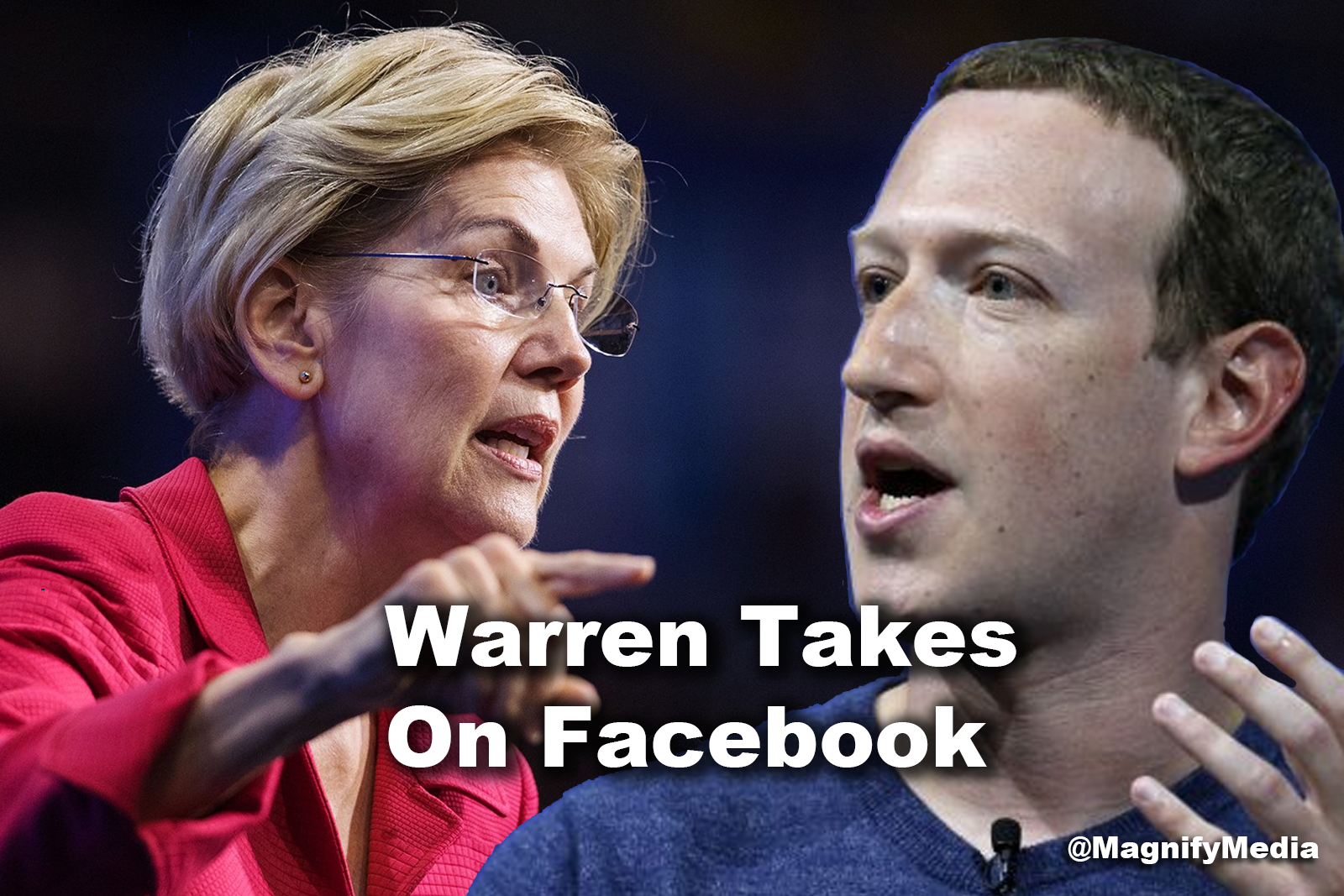 When Nick Clegg, Facebook’s vice president of global affairs and communications, spoke at The Atlantic Festival in Washington D.C. on Sept. 24, he moved the line on Facebook and facts. Said Clegg: "We rely on third-party fact-checkers to help reduce the spread of false news and other types of viral misinformation, like memes or manipulated photos and videos. We don’t believe, however, that it’s an appropriate role for us to referee political debates and prevent a politician’s speech from reaching its audience and being subject to public debate and scrutiny. That’s why Facebook exempts politicians from our third-party fact-checking program.”

Warren’s team placed an ad on Facebook surely designed to be provocative.

"You're probably shocked, and you might be thinking, ‘how could this possibly be true?'” it continues. "Well, it's not. (Sorry.) But what Zuckerberg *has* done is given Trump free rein to lie on his platform -- and then to pay Facebook gobs of money to push out their lies to American voters.” The ad then suggests that Facebook is putting profits over honest speech: "If Trump tries to lie in a TV ad, most networks will refuse to air it," the ad says. "But Facebook just cashes Trump's checks.”

The ad received over 100,000 impressions — and painted Facebook into a corner. Its claims are clearly fake — it says so. But there’s no requirement for that disclaimer to be in the ad. It could just as easily run without disclosing it’s a patently dishonest claim.

(Facebook says the Warren campaign has spent more than $3.3 million on Facebook ads so far — a significant spend early in the election cycle.)

Facebook’s decision not to fact-check political ads conflicts with other media outlets taking a more hands-on approach to facts in political advertising.

Just last week, CNN decided not to run two ads from the Trump re-election campaign. The 30-second ads sneered at the impeachment inquiry — saying the effort was “nothing short of a coup,” and calling CNN reporters “lapdogs.”

“In addition to disparaging CNN and its journalists, the ad makes assertions that have been proven demonstrably false by various news outlets, including CNN,” CNN said, noting that the commercial failed to meet its advertising standards.

So CNN is using editorial judgment to vet political ads, while Facebook is stepping away from making editorial or fact-checking judgments.

TV networks have rejected political advertisement from a presidential candidate in the past. On the eve of last year’s midterms, even Fox News removed a commercial from  Trump’s campaign that portrayed immigrants as a violent threat.

The issue is likely to become only more provocative this week, as Mark Zuckerberg moves to center stage on Thursday, when he gives the keynote at the Democracy in the Digital Age conference at Georgetown University.

“The past decade has provided countless examples of both the promise and peril of practicing politics in the digital age… the result has been conclusive – a collapse of public trust in modern technology and politics,” Mo Elleithee, Georgetown University Politics founding executive director, notes, as quoted in promotional materials for the conference. That’s the context of the event where Zuckerberg will present, with a Q&A session to follow.

For Facebook, there may be no simple solution. The social network has waffled on what to allow or disallow on its platform. Facebook has implemented a series of filters and review processes to limit or remove so-called fake news in the wake of the Cambridge Analytica scandal. But any time Facebook takes down messages, ads, videos, or posts,  it faces claims of censorship. Conservatives have been intense in their claims that Facebook suppresses their opinions.

But Warren and her Democratic colleagues fear a “no-fact-check” policy on politicians' ads plays into Donald Trump’s core political strategy, allowing his campaign to use Facebook as the delivery method of what they see as his campaign of disinformation leading into 2020.