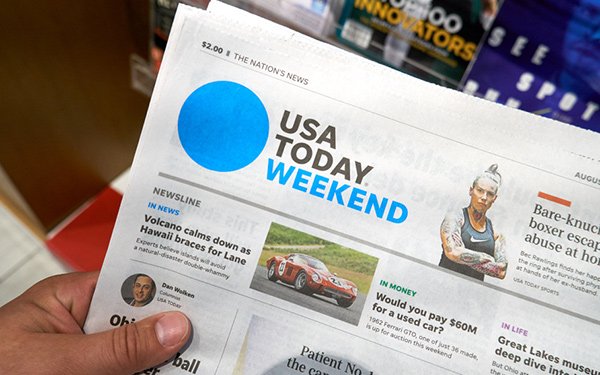 The company sent an internal email and hosted a conference call with staff on Thursday to deny the Poynter Institute's account of its plans.

A day earlier, Poynter media business Rick Edmonds analyst reported the publisher likely would wind down the print edition of USA Today, a process that could still take several years.

Edmonds cited two unnamed sources with knowledge of the company's plans, which are still unclear, considering Gannett is several weeks from closing its sale to New Media Investment Group.

“Gannett has no plans to discontinue the print edition of USA Today, which remains an important part of our business," Maribel Perez Wadsworth, publisher of USA Today, said in an emailed statement to Poynter.

USA Today was launched in 1982 as the brainchild of former Gannett CEO Al Neuharth, who died in 2013. The publication's focus on graphics, factoids and brief stories were derided for lacking gravitas, but USA Today became one of the most widely circulated newspapers in the country.

The print edition runs five days a week and has paid circulation of 178,000, while another 342,000 copies are distributed in hotels.