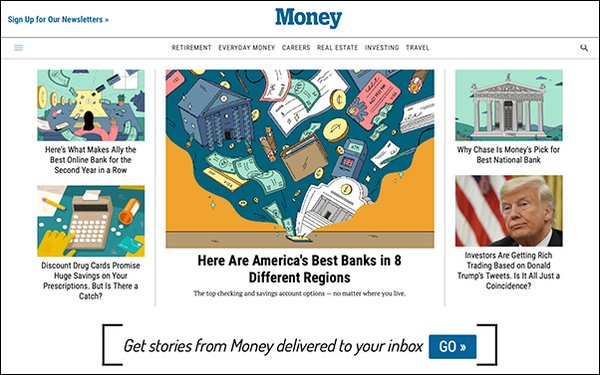 Meredith Corp announced today it will sell its Money brand to Ad Practitioners LLC, a portfolio of digital brands that includes ConsumersAdvocate.org.

Ad Practitioners LLC will acquire the Money.com website, which employs 14 staffers. They will remain Meredith employees until the end of January 2020, at the latest, through the terms of an employee lease agreement.

Money was acquired by Meredith Corp in its 2018 deal with Time Inc. At that time, Meredith Corp was reported to be considering a sale of the title, along with Sports Illustrated, Fortune and Time.

In April, Meredith Corp announced it was no longer considering a sale and took the title digital only. Money’s last print issue was the 2019 June/July issue.

At the time, a Meredith spokesperson told Adweek: “We are going to invest in the digital Money.com brand site itself, as well as leverage the Money content across our portfolio.”

In July, Money launched its millennial-focused Dollar Scholar newsletter. The newsletter was the first brand initiative following Meredith Corp's decision to grow the Money brand within its portfolio.

The sale of Money comes as Meredith Corp continues to look for ways to aggressively pay down its debt.

Meredith finalized the sale of Time in November of 2018 to tech billionaire Marc Benioff and his wife Lynn Benioff for $190 million in cash.

The media operations of Sports Illustrated were sold to digital publisher Authentic Brands Group in June for $110 million.

Longtime Sports Illustrated EIC Chris Stone stepped down earlier this month ahead of controversial layoffs and planned restructuring at the title.