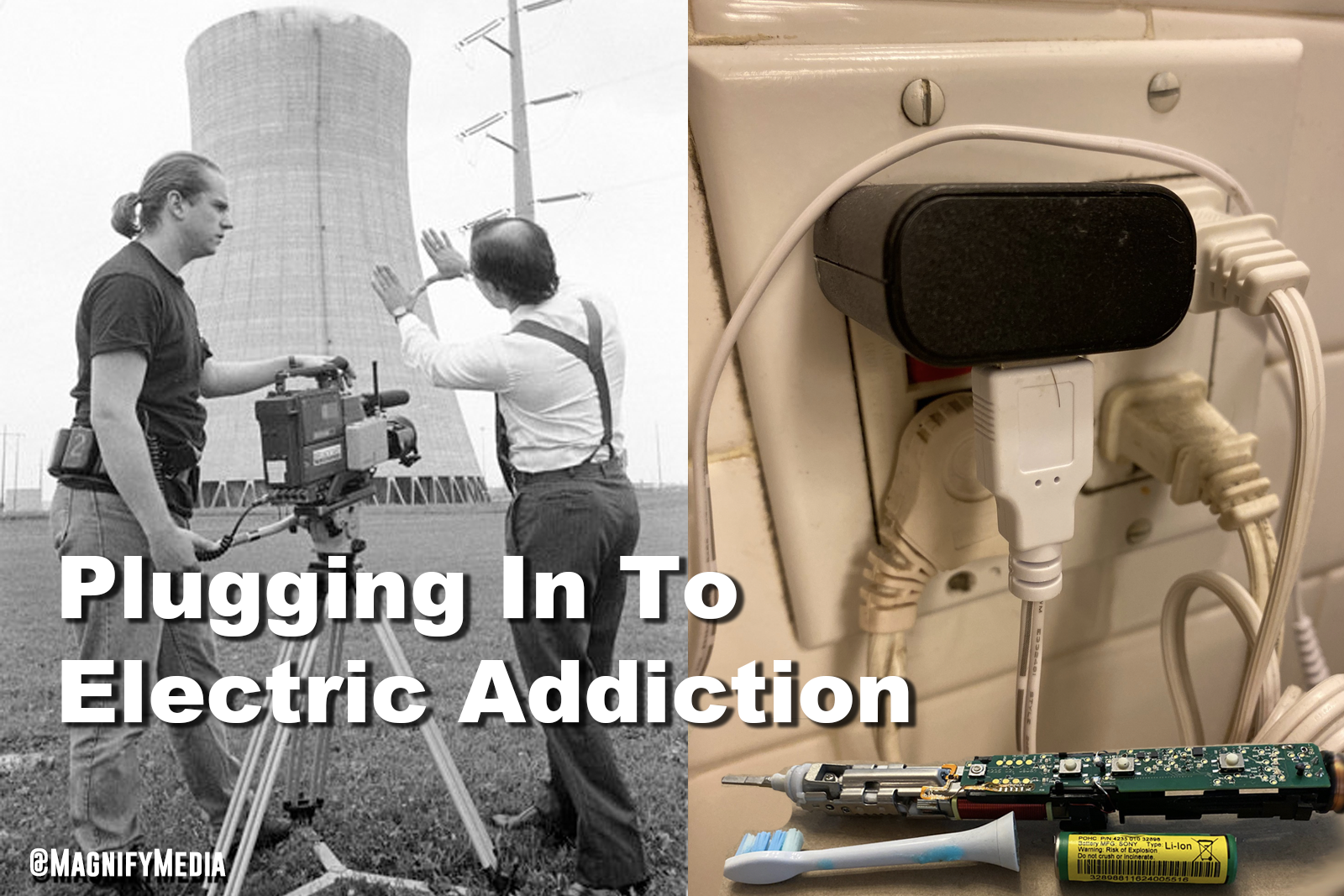 I’ve been thinking a lot about electricity lately. About how our digital lives require a constant feed of charged devices. As the West Coast faces Pacific Gas and Electric Company blackouts, our reliance on a reliable source of power raises some profoundly troubling questions.

But let’s go back a few years. I was producing a television piece on nuclear power for the series “BROADCAST: New York.” Somehow we managed to get access inside a nuclear power plant in Oswego, in upstate New York.

As we toured the plant and stood above the pools of reactor rods, I started noticing the workmen walking throughout the plant. Each of them had a tool belt, and many had great big wrenches hanging off their coveralls. There was a control room, but it wasn’t the high-tech “Star Trek” kind. The plant was less about technology and more about plumbing: pipes, water, valves. The output was electricity — power.

Flash-forward, and I’m standing in the bathroom at my office in Brooklyn. I’m taking stock. The toilet flushes automatically, with an electric sensor. The soap dispenser, paper dispenser, hand dryer, and the automatic lighting — all require electricity to function. I think about my friends on the West Coast. Are their high-tech toilets not flushing?

Back home, I look at my bathroom sink. Next to the washbasin, there's a rat’s nest of plugs and wires: a Waterpik, a rechargeable beard trimmer and… a toothbrush.

I never figured I really needed an electric toothbrush. But over the years, I have become fond of the vibrating brush and its cleaning bristles.

And then, like clockwork  — as I’m thinking about electricity and hygiene  —my toothbrush blinks yellow. Try as I might, it won’t hold a charge. No prob, I’ll get a new battery.

Then things go sideways. Sonicare says when the battery goes out, the best thing to do is throw away the toothbrush and its lithium battery, and buy a new one. I go back and forth because recycling electronics seems far more environmentally sustainable than filling the landfill with disposable electric toothbrush hardware. But the company doesn’t seem concerned. It offers me a coupon for 20% off a new brush that will cost $179, but does not offer to repair the unit.

Fear not, my faithful reader: My toothbrush didn’t go in the trash. The battery costs $10, and with a soldering iron and bit of fix-it knowledge from YouTube, I’m on my way to a fresh rechargeable battery.

Nonetheless, the whole event left me troubled. In the week without my electric toothbrush, I’ve missed it. And at work, the high-tech elements of the bathroom don’t seem like a luxury anymore. They seem essential.

Last summer as I biked down Broadway toward Lincoln Center, the traffic lights went out. Then the lights in stores, then video signage, then access to a WiFi signal. It was a power outage that put most of the West Side of Manhattan in the dark for hours. Little is known about that outage, but the power came back, and people moved on.

As New York moves forward with plans to install subway turnstiles where riders will Tap To Pay with smartphones or credit or debit cards, I can’t help to wonder if we’re not headed for an electronic apocalypse. How can we rely on electronic devices to manage every bit of our daily lives —phones, toilets, toothbrushes — when the power grid that is the backbone of those devices is increasingly unreliable?