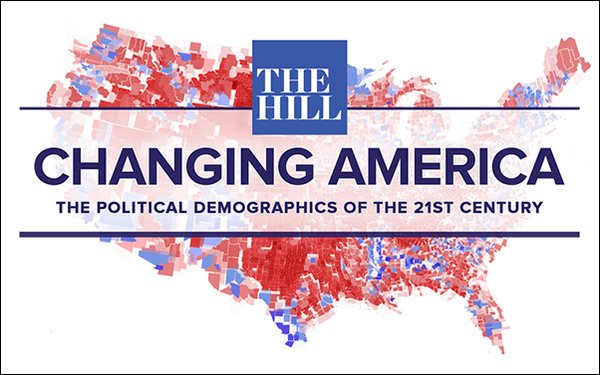 has launched a new destination to highlight the people, companies and organizations working to generate positive change in the United States.

Called Changing America, the hub aims “to serve the spirit of citizenship across our country,” The Hill president Richard Beckman wrote in a memo to staff.

He emphasized the "centrist" and "bipartisan" perspective of Changing America.

The site is "designed not to be political, but to educate and empower people around these issues and get them involved,” with “empowering and positive evocative storytelling,” Beckman told Publishers Daily.

Changing America articles and videos are organized into five content pillars: Respect (diversity, equality and inclusion coverage), Sustainability (climate change, clean renewable energy, the environment and infrastructure), Resilience (natural disasters, humanitarian work, urban renewal and homelessness), Enrichment (education and the arts) and Well Being (the health of the nation both physical and mental).

Stories range from LGBTQ+ representation on TV to how climate change impacts the French wine industry.

“We live in a time of serious and mounting national and global challenges, and sometimes it feels as if we’re drowning in bad news," Beckman wrote in the memo. "Changing America was conceived to pay tribute to the brilliant, talented and innovative people, corporations and communities that are working hard every day on our problems, building a better future for us right now."

Beckman first started working on this project nearly a year and a half ago.

He feels this is the right time to launch such an initiative. It's at “a moment in time where Americans feel they have to become better citizens because the government is doing a little bit less,” Beckman said.

Michael Caruso, former editor-in-chief of Smithsonian magazine, has been tapped as editorial director of Changing America.

He works with a team of 20 editorial staffers dedicated to the channel.