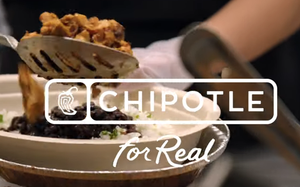 Four years ago, Chipotle Mexican Grill became a hot mess because of food contamination, but now it appears to be in full turnaround mode.

Credit goes to a new CEO, a complete overhaul of how the chain sources and handles food, marketing that emphasizes ingredients and preparation, order-ahead pickup lanes and a new customer loyalty program.

Chipotle’s most recent food-safety incident occurred in July of 2018 in Ohio, impacting its reputation and stock price as recently as last April. But the chain is now generating traffic and revenue numbers that are the envy of many fast-casual restaurant operators.

“CMG has implemented a comprehensive system of protocols, including limiting [the] number of food suppliers, DNA testing of all food items before they get to the stores, shifting some of the food preparation to centralized kitchens, retraining the firm’s food handling staff and hiring a University of Kansas professor as Food Safety Czar,” Seamist Capital analyst Poonam A. Arora wrote last week.

“Management’s marketing strategy is to promote CMG as a lifestyle brand by highlighting that its menu is comprised of real food (made entirely of high quality sustainably raised ingredients) cooked daily in its kitchens without the use of freezers and microwaves,” Arora continued.

“Chipotle’s rebound seems to be in full effect, a critical success in a period of struggling fast casual brands,” Placer.ai vice president of marketing Ethan Chernofsky noted in a Nov. 7 blog post.

The chain’s advertising has shifted to focus on how food is prepared and who does the preparation. One example is this spot, in which a Chipotle employee in Rhode Island intones “You’re not pulling it out of a box. You’re making food. If it’s bad food, I’m a bad person.”

Chipotle’s revenue still lags that of 2014, and its restaurant operating margin is now 20.8% compared to 27.2%. But a new emphasis on pickup lanes for digitally placed orders called Chipotlanes, plus a nascent customer-targeting capability from some seven million loyalty program members are two drivers of future growth.

Online sales rose by nearly 88% to $257 million -- some 18% of all sales -- in Chipotle’s most recent quarter, as comparable-restaurant sales increased by 11%. All this in an extremely competitive industry, where 4% to 5% comp-sales growth is considered stellar.

Brian Niccol, who joined Chipotle as CEO in early 2018 from Taco Bell, noted last month that with seven million members enrolled in Chipotle Rewards, the company has “only scratched the surface on database marketing.” He said that strategy would contribute to sales growth once the company can figure out “what really does result in behavior changes that rewards people — and at the same time rewards the business with incremental transactions and incremental sales.”

Right now, Chipotle has just 20 Chipotlanes, where diners can drive up and receive orders they’ve placed digitally. One barrier is that not all existing locations can accommodate the addition of a Chipotlane, but Niccol said there would be 60 by year’s end.

“Frankly, I think this is the future of how people will want to interact with restaurant companies, because this is arguably faster than any other way possible to get your food,” he noted.