Dolan Stepping Down As IAB President, Search For Successor Begun 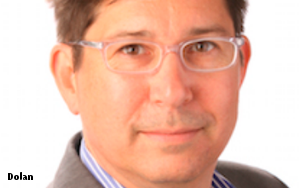 Patrick Dolan will step down as president of the Interactive Advertising Bureau in June 2020 and the ad trade bureau is launching a search for a successor.

The IAB did not disclose why Dolan is leaving other than to say it was to pursue "an entrepreneurial opportunity."