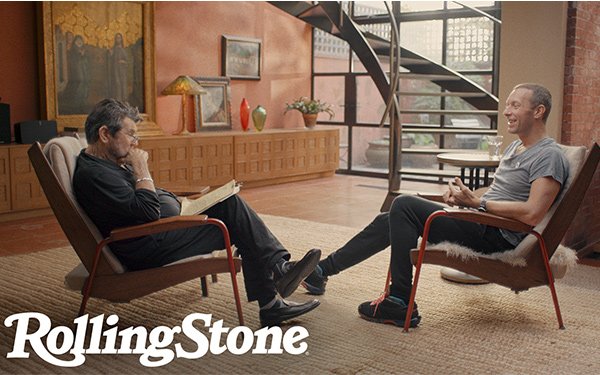 Rolling Stone is turning "The Rolling Stone Interview," its 50-year-old franchise featuring conversations with notable names in culture and music, into a video series.

Dodge will be the presenting sponsor of “The Rolling Stone Interview.”

The series is rolling out four episodes for now. The first two feature Coldplay’s Chris Martin and The Black Keys, another segment with Sheryl Crow will appear soon.

Rolling Stone’s editors and writers will lead each conversation.

The interview with Martin is hosted by Rolling Stone founder-editorial director Jann Wenner.

Wenner has conducted just three interviews in the past two years, with Bono, Speaker Nancy Pelosi and President Barack Obama, according to Rolling Stone.

“The Rolling Stone Interview” franchise has published conversations with celebrities such as John Lennon, Mick Jagger and Madonna.

“We are thrilled to bring this series to life through film, giving our readers a deep and visual look into these intimate moments," stated Rolling Stone president-COO Gus Wenner, son of the magazine's founder.

Additional video interviews will be released in the beginning of 2020. They will be available exclusively on RollingStone.com.

Rolling Stone is owned by Penske Media Corporation (PMC), which publishes a number of media brands, including Variety and Deadline.