Bloomberg Media To Acquire CityLab From 'The Atlantic' 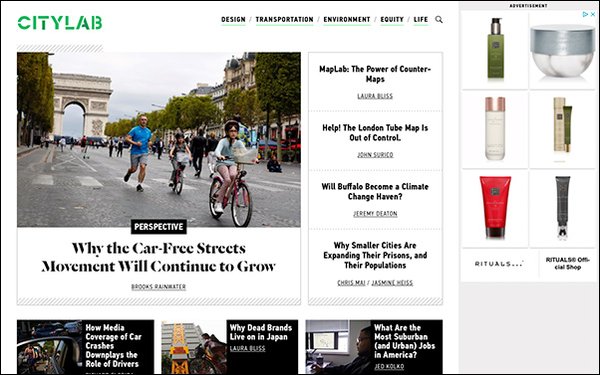 Bloomberg Media will acquire CityLab, a news site covering urban innovation and the future of cities, from The Atlantic.

It is Bloomberg's first acquisition in 10 years. The company acquired BusinessWeek in 2009.

The acquisition of CityLab, which was founded by The Atlantic in 2011, will bring coverage on the environment, economics, culture and design to Bloomberg’s global business and finance audience, according to the company.

For now, the plan is for CityLab.com to remain a standalone site and retain its brand, under its new owner.

Bloomberg will also acquire the CityLab event series, a global summit that gathers mayors and urban leaders to discuss solutions to the major issues facing cities around the world. The event has been co-hosted by Bloomberg Philanthropies, a partnership that will continue as part of the deal.

The Atlantic deal is expected to close by the end of the year.

“We see tremendous value in investing in premium, targeted content to build deeper connections with our business audience,” stated Justin B. Smith, CEO of Bloomberg Media.

Articles on the homepage today range from “How Media Coverage of Car Crashes Downplays the Role of Drivers” to “Why Smaller Cities Are Expanding Their Prisons, and Their Populations.”

Smith added the acquisition “will strengthen our portfolio of content verticals across our platforms, while providing more opportunities for advertisers to connect to our readers.”

Bloomberg Media has journalists in more than 120 countries.