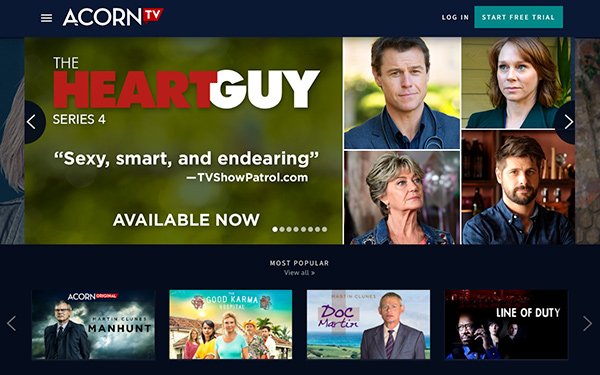 For some mid- to large-size traditional media companies -- Fox Corp., Discovery, and AMC Networks, for example  -- think niche when it comes to streaming. And then cook up those concepts.

Fox Corp’s Fox Nation, a streaming service riffing off its 24-hour Fox News Network -- which launched just over a year ago -- is aimed at Fox News “superfans.”  The app has exceeded its internal benchmarks, according to the company.

While abandoning PlayStation Vue, its digital package of live, linear TV network platform, Sony continues to work on what is now called Sony Crackle -- a mostly comedy/action platform, one of the oldest OTT platforms that began over a decade ago.

But don’t expect any of these to get near the tens of millions of subscribers of a Netflix or Disney+.

We all remember what happen to other so-called streaming niche services: NBCU’s comedy niche app Seeso, only lasting one year, while FullScreen, a SVOD service catering to young viewers, was gone after just two.

Small to mid-size media companies have to think strategically about how they can fit into the bigger streaming picture. Niche or not.

Can Sony, Discovery, AMC or a smaller Fox Corp. (or even the bigger media content companies) find new categories? Should they find something akin to cooking or fitness fanatics?  Or, do they go -- somewhat -- in the other direction?

Steven Tomsic, CFO of Fox Corp, wondered about the latter when speaking to The Hollywood Reporter this week. He said the “conversion rate” for Fox Nation is around 80%, which is “great.” (Do we take that to mean "conversion" from Fox News Channel viewers? He didn’t say.)

And then he pondered: “Do we expand it and make it bigger and broader — and make it appeal to a wider part of middle America? That is an active debate for us.”

A new TV media-content business looking for scale, for broader-based consumers and content? We’ve seen this movie before -- possibly on Netflix.