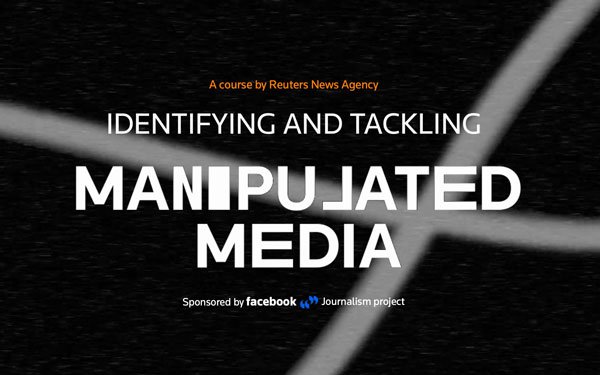 The three-part program wants to inform newsrooms on how to “identify and reject manipulated video, pictures and audio to help fight the spread of misinformation."

“Organizations around the world are increasingly alarmed by the spread and impact of misinformation on society. It’s become a major challenge for media organizations as they’re bombarded with user-generated and other third-party content,” stated Jess April, director of strategic partnerships-program management at Reuters.

April continued: “It’s a threat we at Reuters encounter every day. This new course puts that expertise into practice to educate journalists and newsrooms about identifying manipulated media to help stop the spread of misinformation.”

According to Axios, Facebook is spending six figures to fund the course. It also says Reuters and Facebook will do events and panels in 2020 around the course, available in English, French, Spanish and Arabic. More languages will roll out in 2020.

Some of the most effective forms of misinformation are video and images, because they are easily shared on social media, according to both companies.

Earlier this year, a video (shared on Facebook) of House Speaker Nancy Pelosi had been edited to slow her speech and make it appear she was slurring her words. It went viral; President Trump himself tweeted (then deleted) a link to the video on Facebook.

Reuters has a team of editors dedicated to authenticating user-generated content. The company says the team “frequently” encounters media taken out of context, mislabeled, edited, staged or manipulated with CGI.

A recent Reuters Institute study found 55% of people worldwide are concerned about their ability to separate what is real and fake on the internet.