What Is To Become Of Auto Shows? 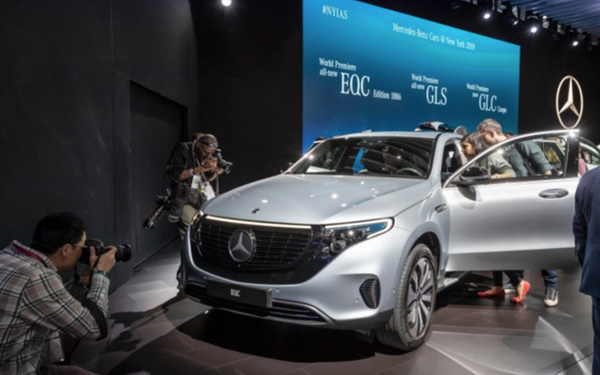 How relevant are auto shows to today’s digital-driven consumer?

Automakers like Mercedes-Benz, BMW and Audi are among those pondering this question, and Mercedes-Benz is reportedly pulling out of the  New York International Auto Show in April.

“The exit from New York could foreshadow Mercedes' rejection of the auto show business model entirely, as the company focuses on digital and retail-based ways to engage with customers,” according to Automotive News. which broke the story. “A Mercedes spokeswoman cited the automaker's desire to launch new products through nontraditional marketing methods to create brand awareness and engage shoppers.”

BMW also plans to skip New York after doing so last years, part of a “strategic shift to invest more in experiential events rather than static displays,” reports Automotive News. The New York International Auto Show will be held at Javits Convention Center April 10-19 with the media days just before.

Mercedes, BMW and Audi all skipped the North American International Auto Show in January, and their absence created a buzz about the future of auto shows. The Detroit show is moving from chilly January to a more temperate June next year, in hopes of giving automakers options for more outdoor activities and to attract traveling families once kids finish the school year.

Mercedes also skipped the Chicago Auto Show in February. Ford and Volvo were absent from Geneva.

The recently concluded Los Angeles Auto Show was as robust as ever, with thousands of consumers attending the event at the Los Angeles Convention Center Nov. 22-Dec. 1.

As other U.S. auto shows have struggled to remain newsworthy, the Los Angeles Auto Show continues to draw a substantial number of world debuts from across the industry, according to Karl Brauer, executive publisher for Autotrader and Kelley Blue Book.

Show officials announced one of the largest number of vehicle debuts in its history, more than 65 at AutoMobility LA, the press and trade days Nov. 18-21. New vehicles spanned across all segments, price points, and powertrains, including electric.

But like other shows, LA’s media days continue to evolve, with more and more automakers choosing to hold their reveals away from the show floor.

Ford pulled out all the stops with an early reveal of the Mustang Mach-E a few days before the formal media days began. Land Rover hosted a mini John Mayer concert in its unveiling of the new Land Rover Defender, also away from the convention center.

With Detroit out of the picture until January, the Chicago show in February may attract more vehicle debuts. It’s always been a huge consumer show, but not as big on news since it was held so closely to the Detroit show and CES.

It is still to be determined if Mercedes will show up at next year’s LA show, which is scheduled for Nov. 20-29 at the LA Convention Center, which will be the last show before the building undergoes a massive renovation.

Construction reportedly will disrupt plans for the 2021 LA show, forcing it to move venues and dates. But who even knows how auto shows will fit into media and marketing plans by then. As the saying goes: TBD.

1 comment about "What Is To Become Of Auto Shows?".
Check to receive email when comments are posted.
Next story loading