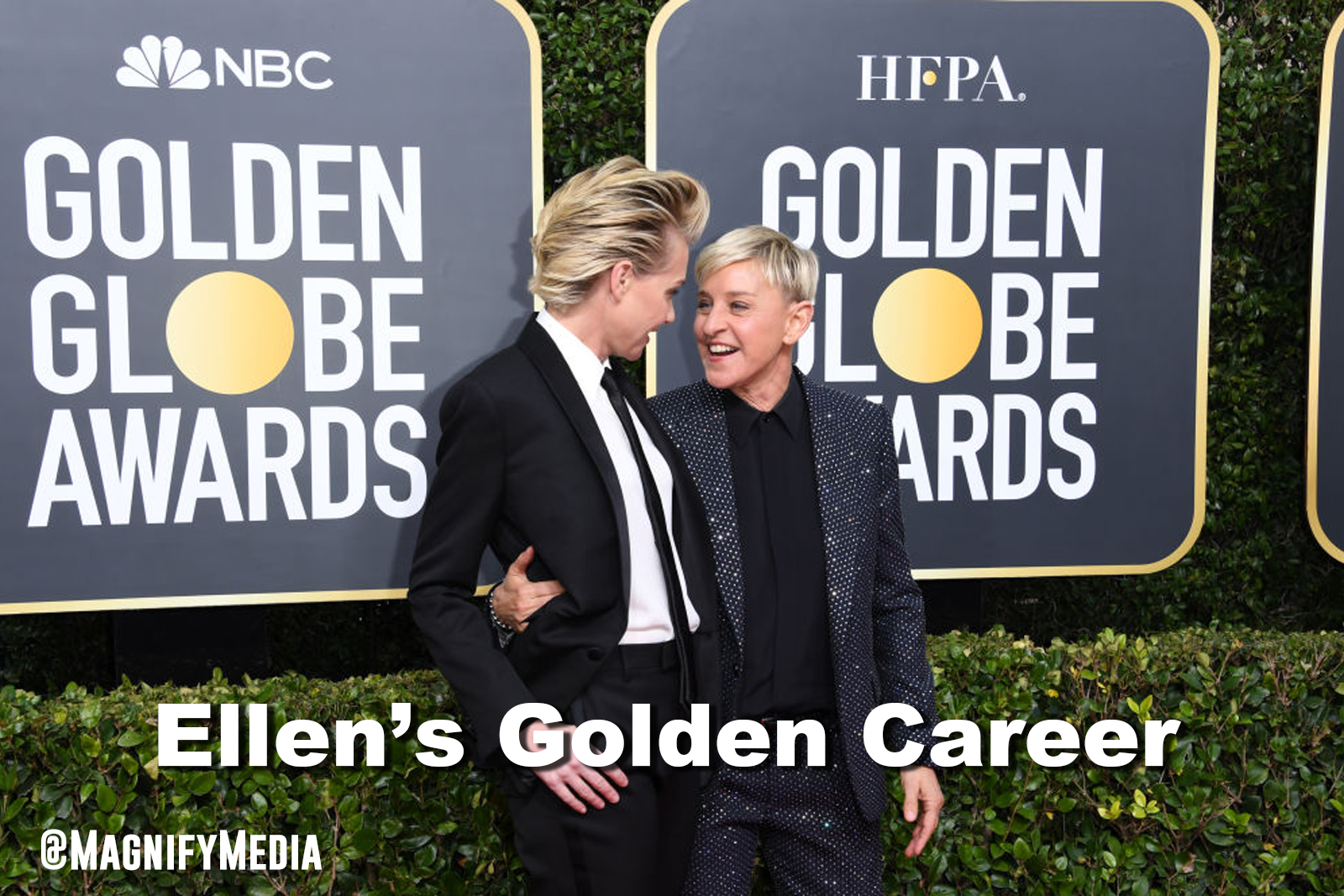 Well, this year it did something it rarely does. It said something poignant and powerful.

Without preaching, or trying to create a meme-able moment, Ellen DeGeneres stood on the stage, reached beyond bigotry, and spoke to real people who just want to be human and able to live their lives and love whomever they want to love.

The thing is, Ellen’s career has been all about reaching beyond stereotypes and hate.

Her sitcom coming out wasn’t a sweeps stunt or a ratings gimmick.

"The Puppy Episode” — its secret code name — was kept under wraps. Yet speculation swelled: Would her character come out, or the actress, or both?

Despite threats from religious groups and sponsors, the show was broadcast on ABC on April 30, 1997. The ratings were huge, the social impact immeasurable — and within a year, the hit series was canceled. After another attempt at a sitcom fail, DeGeneres realized that she needed to turn her comedy style into a daily talk show. That was 17 years ago.

Watching that episode of Ellen’s eponymous sitcom was a young Kate McKinnon, now on “Saturday Night Live.” She tells the story this way: “In 1997, I was in my mother’s basement lifting weights in front of the mirror and thinking, ‘Am I… gay?’ And I was,” McKinnon said, getting laughs. “And I still am.”

Leadership is about standing up when it’s hard, and setting examples about how we can each be our best selves. McKinnon explains: "If I hadn't seen her on TV, I would have thought, 'I could never be on TV. They don't let LGBT people be on TV.' And more than that, I would have gone on thinking that I was an alien, and that I maybe didn't have a right to be here."

McKinnon recalled how DeGeneres’ coming out on her eponymous sitcom caused the stand-up comedian to “suffer greatly.”  DeGeneres is now a highly successful talk show host because “attitudes change, but only because brave people like Ellen jump into the fire to make them change.”

Then DeGeneres took the stage, ready to make the point that McKinnon had hinted at. She didn’t ride the change, she WAS the change.   "Television inspired everything that I am today,” she said, adding. “All I want to make people do is laugh, and make people feel good, and there is no greater feeling than when people say... I have helped them through a difficult time.”

Hollywood is about entertainment. And entertainment is often about taking audiences to imaginary places to explore fantastical lives. But it’s also about giving audiences the tools to see how they can understand our complex world, embrace people who speak other languages, practice other religions, have different colored skin, and different families and lovers than they do.

So this year, at a time when so much of what we hear every day is delivered to create animosity, The Golden Globes did something powerful. It gave Ellen a powerful megaphone to remind us how important human connections are. It doesn’t have to be easy, it’s about the journey.

Said Ellen: “So, I’m really grateful for all the hard times, all the things that didn’t work out the way I wanted them to work out — and I feel bad for people that have everything working all the time, because that’s just not life. Life doesn’t work that way so I’m just grateful for my journey, and of course my husband, Mark.”

Of course, who could forget her “husband" Mark? Because, that was just damn funny.