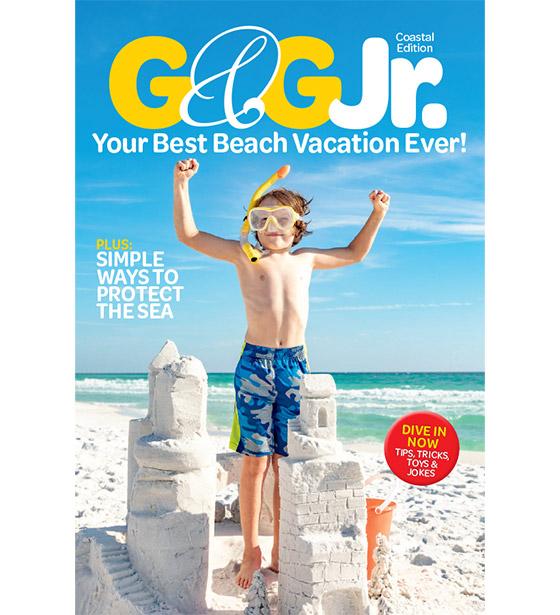 Garden & Gun, which covers the South, has a special edition for kids this month.

The Garden & Gun issue out this Tuesday will be the magazine's largest February/March issue — it's 10% bigger than last year's. It will also include a magazine for kids.

The issue will also be available at Garden & Gun’s retail arm Fieldshop and the Emerald Coast Convention Center.

Content inside the kid's issue includes a Q&A interview with Caroline Marks, a Florida native and member of the first official U.S. Olympic surf team. She is the youngest surfer to ever qualify for the women’s championship tour.

It also offers guides and information around a beach vacation, such as a how-to on tying a nautical knot and catching a ghost crab, as well as stats on the impact of plastic and trash on the ocean.

The issue features profiles of six kids and their ideas for protecting the environment. It provides a list of the 12 best beaches for kids, as well as suggestions on games, puzzles and sunscreen for beach days.

For adults, the February/March issue features a guide to the food and drink, home and garden, outdoors, style and arts and culture in Charleston, South Carolina, as the city turns 350 this year.

Garden & Gun is also based in Charleston.

“Whether you’re a foodie, a sportsman, a shopper, or an arts aficionado, our guide to the city in honor of its 350th will help you experience Charleston like a local,” editor in chief David DiBenedetto wrote in a newsletter to subscribers.

He continued: “Or if you want to brush up on your wingshooting and fly casting, we have you covered with a look at the South’s best sporting schools. There’s also a master class in all things grits, an out-of-this-world camellia garden, a tasty interview with the chef and opera singer Alexander Smalls, Julia Reed’s ode to quirky but classic Southern movies, and lots more.”