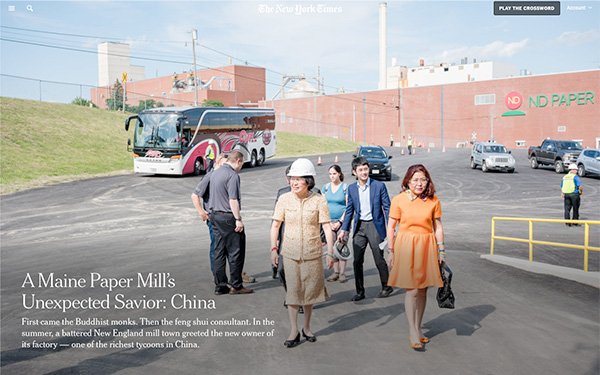 The New York Times is tapping its archives to engage its digital audience in its latest initiative, dubbed “The Great Read.”

The first story to appear in 'Great Road' is a story by Ellen Barry called “A Maine Paper Mill’s Unexpected Savior: China.” The story is about a New England mill town and the Chinese tycoon who bought its local factory.

“In the coming days and weeks, it will include contributions from across the whole newsroom and, we hope, become a daily habit for millions of our readers,” wrote Baquet and Kahn.

The initiative comes as The Times celebrates reaching its goal of hitting $800 million in annual digital revenue a year ahead of schedule, showing the newspaper's digital presence is strong and growing.