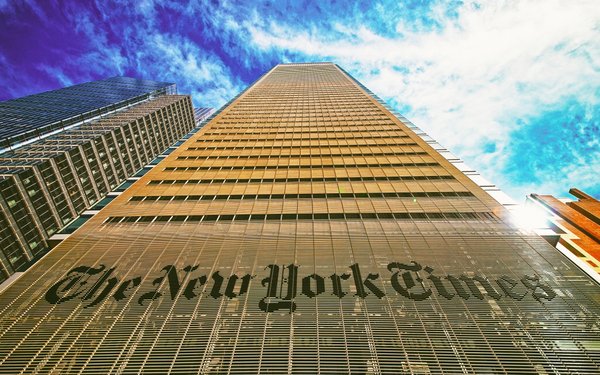 The New York Times has been steadily growing its digital revenue business. Business was so strong that five years ago, the publisher set a goal of hitting $800 million of annual digital revenue by the end of 2020.

Today, in a town hall meeting at the newspaper, Mark Thompson, president-CEO, announced the publisher has surpassed its $800 million goal and a year ahead of time.

Last year, The Times added more than 1 million net digital subscriptions, which marked the highest annual run-rate since it launched its digital model in 2011.

The number also marked the largest number of net subscriptions additions in a year.

The growth is due, in part, to several products. The company counts more than 5 million total subscriptions and 3.4 million of those are core news subscriptions. However, over the past few years,

In May 2019, The Times launched a Parenting digital product with the intention of eventually turning it into an additional subscription service.

In the Q3 of 2019, The Times reported it had added 273,000 new online subscribers, with 209,000 of those additions being paid subscriptions to The Times’ main news product.

Thompson stated at the time: “Q3 2019 was our best-ever third quarter for new digital news subscriptions, the fourth-best quarter in the history of our pay model and a very encouraging quarter for the company as a whole.”

The Times will release the full details of its Q4 and full-year revenue results on February 6.