Report For America To Hire 250 Reporters By June 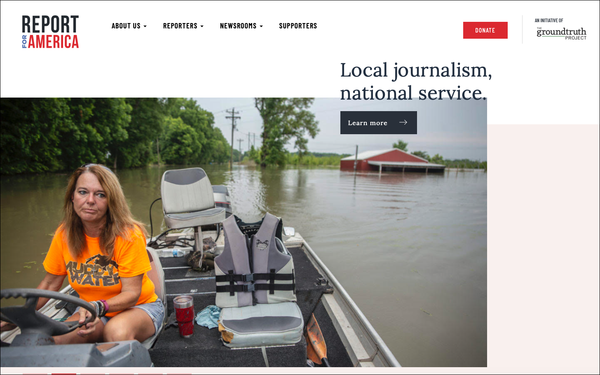 Report for America is placing 250 reporters across the country in June, thanks to more than $5 million in additional funding from the John S. and James L. Knight Foundation, the Facebook Journalism Project, the Google News Initiative and the Heising-Simons Foundation, among others.

Some 200 of those reporters will be new placements; the other 50 are current corp members signing up for another year.

The deadline for applications is January 31.

A spokesperson called this “one of the biggest local journalism hiring surges in memory.” This year’s group of corps members will be more than four times the size of the 2019 class.

The 2020 class will be placed at 164 host news organizations to serve local communities across 46 states.

The Report for America site lets journalists sort the openings by beat and state.

Report for America pays half of a corps member’s salary, while its local news partners contribute 25%. Local and regional funders contribute the rest.

Almost half of the new jobs are being added in nonprofit newsrooms.

The University of North Carolina estimates that between 26,000 and 32,000 newsroom jobs have been lost across the country since 2004, and more than 1,300 communities no longer have local news coverage.