Impeachment Is A Boom For (Some) Right-Wing Media 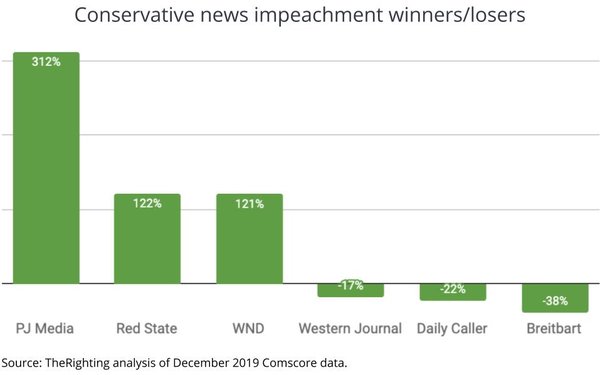 Coverage of the President's impeachment proved a boom for some conservative news site publishers, while others lagged, according to this month's analysis of unique right-wing news site visitor data by TheRighting.

“The rising tide of interest in the impeachment hearings lifted all media boats on both sides of the dock, TheRighting Founder and President Howard Polskin notes, adding, “Audience scrutiny of the impeachment process that began in November carried over into December.  The holiday season did not appear to significantly distract audiences from following the polarized battles taking place in Washington.” 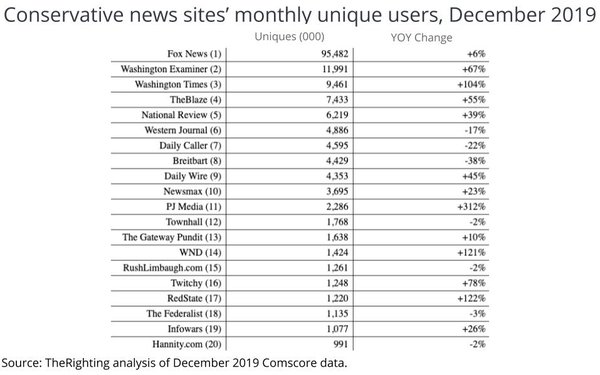 1 comment about "Impeachment Is A Boom For (Some) Right-Wing Media".
Check to receive email when comments are posted.
Next story loading