Sobering Up, WeWork Will Stop Serving Beer, Wine At Its Locations 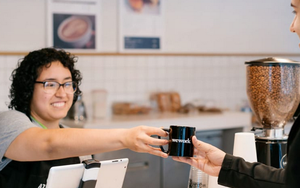 Talk about buzz kill. By the end of February the free beer and wine offered at many of the WeWork offices in North America will be phased out, replaced by an assortment of other nonalcoholic beverages including cold-brew coffee, tea, kombucha and seltzer.

Since it started in 2010, WeWork built part of its image on its informal office spaces with convivial refreshments free for the asking, so ending that is a change of scene. But the replacements for beer and wine also say something about the change in consumer tastes, especially among younger adults,

Not surprisingly, the company is emphasizing all the beverage choices being added, not the beer run being tapped out.

“As part of our commitment to providing our members with an exceptional workplace experience, WeWork has expanded our on-tap beverage offerings at our U.S. and Canada locations to better meet our members’ preferences. ...As part of this beverage refresh, WeWork will also phase out on-tap alcoholic beverages in U.S. and Canada ...and aims to complete this process by the end of February.”

A spokeswoman confirmed the move, which was first reported by BusinessInsider.com.

While alcohol is being phased out, WeWork will still serve it for special events.

Behind the scenes, the company is trying to push back on any suggestion the move is a belt-tightening measure, instead saying it is a measure of new WeWork Chairman Marcelo Claure’s moves to improve the culture of the workplaces.

Japanese conglomerate Softbank effectively took control of WeWork in November and installed Claure at the top,  replacing flamboyant co-founder Adam Neumann, who just a few months previously had been planning WeWork’s IPO. The high-flying company was then valued at $47 billion. When investors began to look at the books, the valuation crumbled and Softbank bailed it out.

So in the scheme of things, dismantling the beer taps won’t be much of a big deal.

The recent trend by younger adults to drink less beer and wine compared to previous generations might have played a part, too.

WeWork conducted surveys at its locations several months ago and discovered that neither beer nor wine were among the top choices for beverage service. A new WeWork blog post, in fact, emphasizes that in some cases, WeWork offices are already serving beverages being marketed by small start-up companies that are tenants.