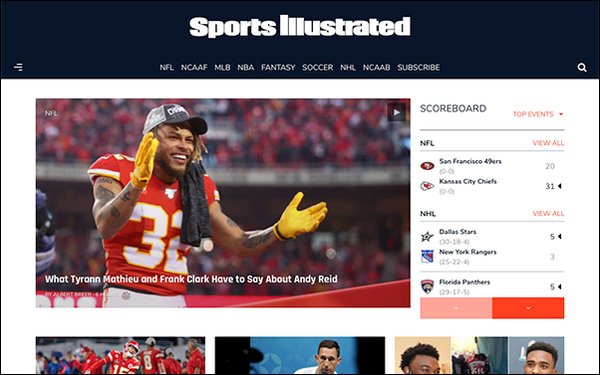 is reporting steep increases in audience numbers and more over the past few months, a trend that has gained steam since Maven took over operationsof the brand in October 2019.

According to the company, unique users across its website increased by 36% last month, compared to the same period a year ago.

One area driving audience is the network of 90 local team channels launched under Maven. In less than a year, the network has attracted nearly 10 million users and grew by 80% from December to January.

Sports Illustrated is also reporting a nearly eight-time increase in video views on SI.com. The brand credits this increase to a new focus from its editorial team and the creation of a breaking news desk that operates in real-time and across the East Coast and West Coast.

These numbers follow the recent relaunch of Sports Illustrated’s print magazine. The issue marked the brand’s first official print offering since its frequency was reduced to a monthly edition.

Sports Illustrated is also slated to publish 22 special issues each year, in addition to its monthly issue.