'People' Connects With Audience Via Text Through 'Community' Platform 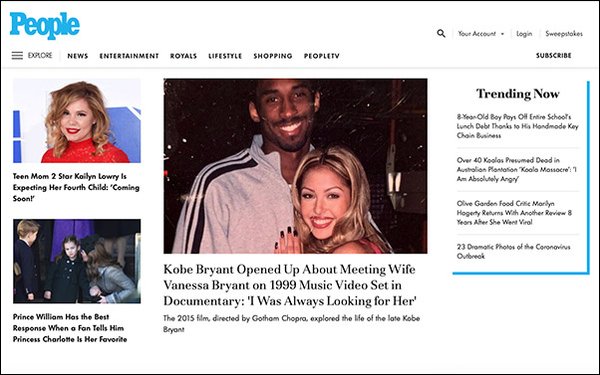 People magazine and conversation platform Community are partnering, with their official launch set to kick off during this weekend’s Oscars ceremony.

People is the first media brand to launch on the platform and joins other Community “leaders,” such as Ellen DeGeneres, Kerry Washington and the Jonas Brothers.

Through Community, People’s audience can text 212-479-1704 and connect with editors and other members of the magazine's team through direct, instant conversation. Following the awards show, People will update its audience on breaking news and other trending stories.

Zoë Ruderman, editor of People digital, stated: "This partnership lets us take that relationship with our audience to the next level and add an element of real interactivity."

Dan Wakeford, EIC of People, wrote in a letter introducing the partnership: “We’ll be bringing you the scoop on everything from the awards season to the royals to the social causes and issues that matter to you most.”

Users will be encouraged by People editors to text questions, predict winners and weigh in on which celebrities were the best dressed.

During the Oscars, users will receive “reports from the red carpet, the Dolby Theatre and, of course, the afterparties,” Wakeford wrote.

People will leverage its connection to its audience through Community during its tentpole events, such as "Sexiest Man Alive" and "The Beautiful Issue."